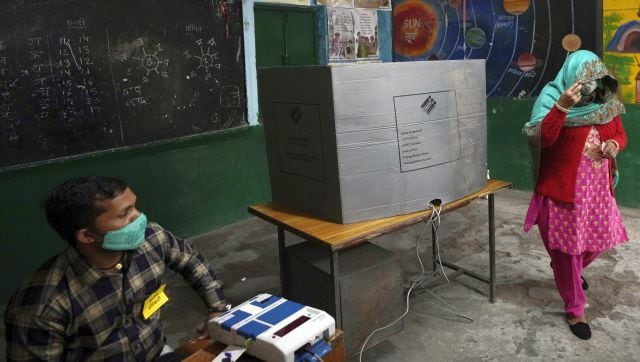 Since 1952, the state of Uttar Pradesh has seen only three chief ministers – Yogi Adityanath, Akhilesh Yadav and Mayawati – complete their terms.

As Uttar Pradesh heads to the polls in the first of seven-stage elections, it is also celebrating a milestone in India’s electoral history.

The first phase of the UP elections coincides with the 70th anniversary of the Legislative Assembly elections.

According to the Electoral Commission, the first UP Assembly election was held on March 28, 1952, a day after Punjab held polls on March 27.

The BJP won the election by a landslide, securing a total of 312 seats. The alliance, in total, won 325 seats.

These polls proved disastrous for the Samajwadi party led by Akhilesh Yadav, as it was only able to win 47 of the total 403 seats. The SP and Congress had contested the election together and the alliance only won a total of 54 seats, meaning Congress was nearly wiped out and only won seven seats.

Meanwhile, Mayawati’s BSP only won 19 seats in the 2017 polls, while RLD could barely open its account by winning a single seat in the last election.

2007: The election held this year was significant for many reasons. It was the first time that an elected prime minister could complete his term. BSP’s performance under Mayawati even exceeded what exit polls had suggested. The party was able to snatch an absolute majority of 206 seats out of a total of 403 in the Assembly.
The SP, BJP and Congress were only able to win 97, 51 and 22 seats respectively.

2002: The 2002 elections took place after a period of 56 days of the President’s rule from March 3 to May 2, 2002. On August 29, Mulayam Singh Yadav of the Samajwadi party was sworn in as Chief Minister with the support of dissidents from the BSP and led the government until 2007. .

1996-1987: Uttar Pradesh witnessed political upheavals during these years, with key ministers having to resign and even the imposition of president’s rule. Issues such as Mandal and Ayodhya Ram Mandir also arose during these years, having massive ramifications on state and national politics. It was during this period that Jagdambika Pal of Congress (he is now a BJP MP in the Lok Sabha) lasted only 48 hours.

1987-1980: In the run up to the 1989 elections, the UP saw six chief ministers. In the 1980 elections, Congress won 309 of 425 seats. Raja of Manda Vishwanath Pratap Singh has been appointed chief minister. The Raja of Manda, however, was only able to occupy the chair for a little over two years.

1980-1977: In 1977, after the emergency was withdrawn, new elections were held in Uttar Pradesh and the Janata Party, riding an anti-Indira Gandhi wave, won 352 of the 425 seats in the Assembly. Ram Naresh Yadav became chief minister in 1977, but was replaced by Banarasi Das within two years.

1977-1970: The Congress failed to win a majority in the 1967 elections and the UP saw an alliance government come to power, led by leader Jat Charan Singh of the Bharatiya Kranti Dal (BKD). The alliance included Jana Sangh, CPI(M), Republican Party of India, Swatantra Party and Socialist Praja Party, in addition to BKD and independents.

This government, however, lasted less than a year. New elections were held in 1969 after a year of presidential rule. Congress failed to gain a majority once again, but managed to form the government. He returned to power in 1974 with a majority.

The game of musical chairs, however, continued and UP saw six chief ministers and four periods of the president’s reign in eight years since 1969, the last two being the important years which saw the Indira Gandhi government at the Center impose emergency in the country.

1967-1952: Govind Ballabh Pant of Congress became Chief Minister after the 1957 elections but was replaced in 1960 by Chandra Bhanu Gupta.

Congress ruled the state for 15 years and the UP saw five chief ministers in that time. Among them was Sucheta Kriplani, India’s first female chief minister.

1952: It was at this time that the first Uttar Pradesh Assembly election was held and the Congress won 388 seats. Govind Ballabh Pant was sworn in as Chief Minister. But within three years Pant was incorporated into the Union Cabinet.

With contributions from agencies