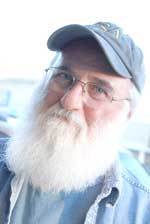 The Not So Smart Set – Daily Bulldog

For some reason, neither Governor Janet Mills nor 2nd District Congressman Jared Golden were invited to participate in the annual Battle of Massive Intellects sponsored by Mensa International.

That’s not to say Mills and Golden are dumb. They can both dress up and use words longer than two syllables. It’s not like they’re Portland councilmen or anything.

But they are engaged in one of the dumbest rounds of Democratic political wrangling in recent years that did not involve state Senate Speaker Troy Jackson or former Portland Mayor Ethan Strimling.

Golden seems to have a slight advantage. Earlier this year, he introduced a bill in Congress that would allow the Wabanaki, the Indian tribes of Maine, to enjoy a right that all other tribes in the country already have. If passed, it will make Penobscots, Passamaquoddys, and Maliseet eligible to receive any future federal benefits that may become law. This is a simple legal change that would correct a flaw in the 1980 Indian Land Claims Settlement.

This deal gave the Wabanaki millions of dollars in return for giving up their (presumably legitimate) claims to about two-thirds of Maine’s land. But he also said the tribes were not eligible for any changes Congress might later approve granting new rights to Native Americans.

We could speculate what kind of idiot would accept terms like that, but we have some more recent idiocy to deal with.

Federal authorities have since given tribes elsewhere control over gambling, criminal prosecution on their lands, and other trappings of sovereignty. But the Wabanaki remain stuck in the late 20th century, ineligible for any increased control over their lives that is not expressly endorsed by the Legislative Assembly and signed off by the governor.

Any easing of restrictions has been infrequent, until this year when lawmakers approved a bill giving tribes full sovereignty. Mills (remember, she’s not that stupid) pushed her own measure giving Indians some minor concessions (online sports betting), but warned she would veto both bills if the legislation on full sovereignty was not withdrawn.

The governor got his way. The tribes got screwed again. Hence Golden’s bill, which would at least prevent future screw-ups.

Mills was furious that a mere congressman had the audacity to try to counter her mistakes. She asked her attorney to send a letter to House Appropriations Committee leaders asking them to delay Golden’s bill to allow more time for negotiations between the state and the Wabanaki.

Because 40 years were not enough.

Golden responded by issuing a statement saying it was “a matter over which Congress has primary authority.”

Golden and co-sponsor 1st District US Rep. Chellie Pingree (a B+ student, so maybe it was her idea) then shot a quick. They had the bill attached to the $839 billion National Defense Authorization Act, and it flew through the House before Mills could sort out all the big words.

The measure now goes to the Senate, where Maine senators have so far been evasive, mostly because they don’t want to anger a powerful special interest. The forest products industry (motto: Numb as a Log) does not want the Indians to exercise more control over their lands and is lobbying for independent Angus King and Republican Susan Collins to reverse the measure.

Meanwhile, Golden also tries to squeeze the bill into the Home Office budget, just to make it harder for King and Collins to deal with it. If that doesn’t work, maybe he’ll tie it to the Commerce Department’s budget. Or the Department of Justice. Or NASA.

All these maneuvers around a bill that does not change the status quo. Unless Congress grants new rights to Native Americans, nothing changes in Maine.

But that fight gives Golden (he can tie his own shoes) some brownie points with the Liberals, a group he badly needs if he wants re-election. At the same time, Mills (can’t download apps) is hurting herself with left wingers, a block she also desperately needs if she wants another term.

It’s easy to see which of these lame brains has an IQ higher than room temperature.

Genius feedback can be emailed to [email protected]