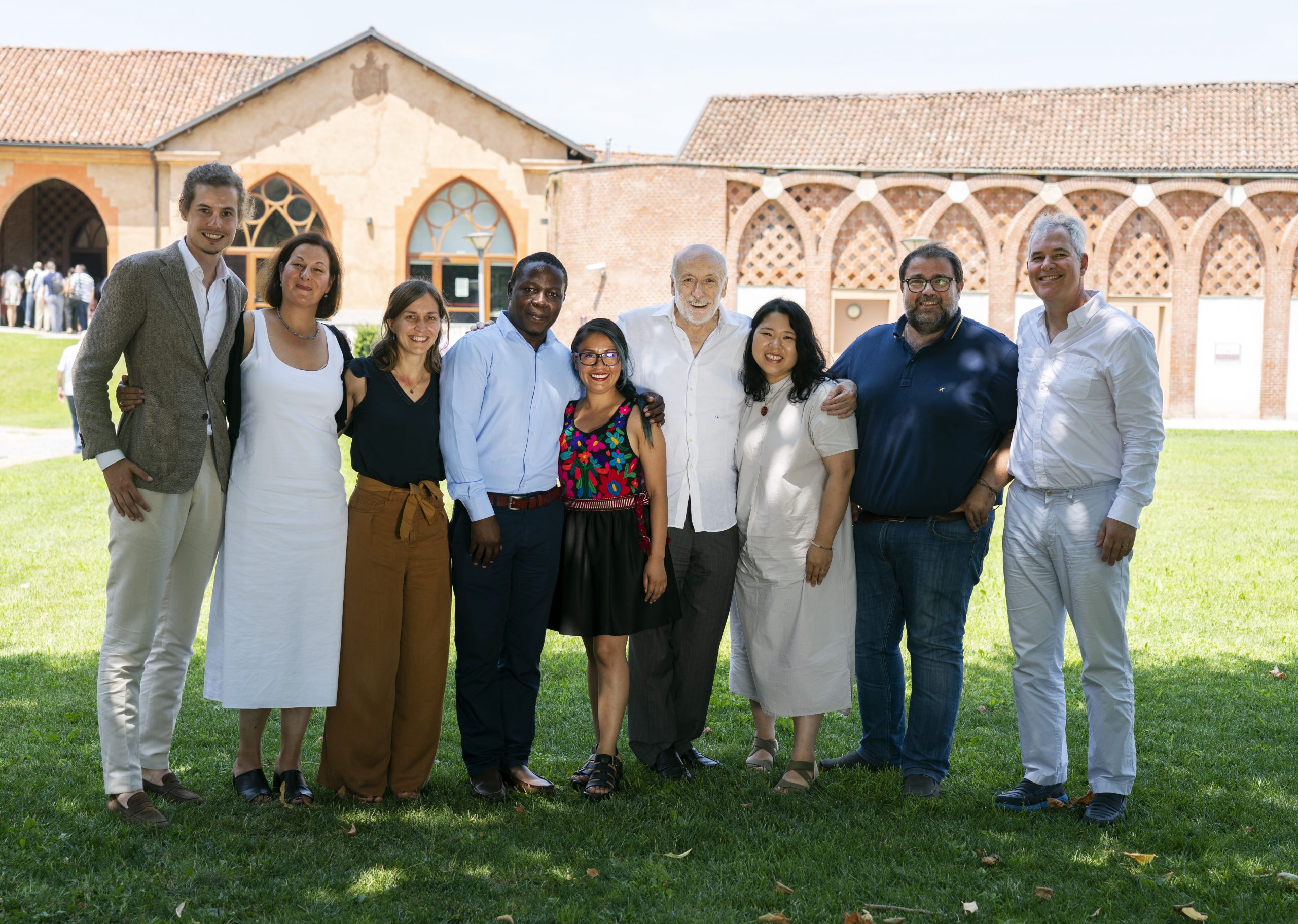 On July 16, 2022, Slow Food held its 8th International Congress in Pollenzo, Italy. This historic date for the organization marks a new phase of change and regeneration, with the election of a new board led by a new president, Edward Mukiibi. He succeeds Carlo Petrini, who founded the movement in 1986.

“The role of our food system in the unfolding environmental catastrophe is increasingly clear. Our movement, which has been working for more than 30 years to revolutionize this food system, must have the courage to play a leading political role in the fight to ensure a change of course and avoid catastrophe,” said Carlo Petrini. “And for that, we need new governance led by the next generation. We must show our ability to combine innovation and tradition, and be aware that the path we have taken so far has delivered once seemingly unattainable achievements, allowing us to grow into the movement we are today. However, the world is profoundly different now than how things were when our movement started. We need the direction, creativity and intuition of a new team capable of interpreting our current situation, charting a trajectory and achieving our future objectives, which at their core remain the same: guaranteeing a good, clean and fair food for all. ”

At the center of these prospects is Slow Food’s new president, Edward Mukiibi, better known as Edie.

He was born in 1986 in Uganda into a farming family, the same year the Slow Food movement was born on the Spanish steps of Rome in protest against the opening of a McDonald’s. Hailing from Kisoga in Uganda’s Mukono District, Mukiibi’s story is rooted in his family’s farm. Today, he is making history with his appointment as president of Slow Food and looks forward to shaping the future of regenerative agricultural crops.

A tropical agronomist with a Bachelor of Science in Agriculture and Land Use Management from Makerere University in Kampala (Uganda) as well as a Masters in Gastronomy from the University of Gastronomic Sciences in Pollenzo, Mukiibi is a food and agriculture educator, social entrepreneur and, as of this month, officially takes the helm of the Slow Food community as president of the organization.

Mukiibi’s work has been recognized with numerous awards recognizing his selfless contribution to a sustainable, fair and just food system, including a Ray Charles Black Hand in the Pot Sustainability Award from Dillard University and a City Council Testimonial Resolution from Detroit. He was also listed in the Empowering Educators category of the 50 Next Awards for young people under 35 shaping the future of gastronomy.

In addition to the presidency, Slow Food’s Executive Committee, the organization’s highest decision-making body, has been renewed, with a new group that reflects the rich diversity of the movement.

During the Congress, they expressed their future commitment to guiding Slow Food:

Marta Messa (Italy), new General Secretary
“In more than 10 years of service to Slow Food, I have learned a lot about the unique aspects of our movement: we have seen it shine so far, including during the pandemic. As a group, we want to the best of the strengths of the movement, being aware of its imperfections and where we need to improve. As we celebrate the remarkable achievements of Carlo’s legacy work and welcome the new management of Mukiibi, we are also growing, as any other organization Our goal is to continue to fight for the right of every individual to good, clean and equitable food, to elevate the incredible wealth of knowledge of grassroots communities and to facilitate the adoption of sustainable food systems in the whole world.

Richard McCarthy (USA)
“How can we involve people in everyday life? The development of thematic networks has proven to be a strategic asset for the Slow Food movement, deeply engaging a relevant diversity of targets capable of impacting food systems by catalysing processes of change through mutual exchange and collaboration. on issues deeply related to their daily lives and interests, as well as the mobilization of specific new resources. I believe that the thematic networks also offer the opportunity to test new experiences of aggregation within Slow Food.

Dali Nolasco Cruz (Mexico)
“Indigenous peoples are examples of resilience and defense of life on Earth, repositories of ancestral knowledge. Indigenous women and youth around the world are fighting for recognition of their role as stewards of food systems, lands and biodiversity. The regeneration of Slow Food is an opportunity to continue to build from the collective and to position itself as the best and most recognized organization on food issues.

Jorrit Kiewik (Netherlands)
“I was born just under 20 years after the Club of Rome published its ‘Limits to Growth’. I grew up in the midst of a climatic catastrophe. Over the past 30 years I have seen how the loss of biodiversity is having a terrible impact on our planet. My generation and generations to come are suffering from the lack of action of the past 50 years. I believe that Slow Food has the key to reversing these challenges. I believe that our movement, uniting producers and consumers, and everyone in between, can change our world for the better. I am honored to take on this role and look forward to beginning to work with the global network of grassroots activists, to Bringing about change for the better Changing the food system, one step at a time.

Megumi Watanabe (Japan)
“I would like to recall the emphasis on joy which is at the heart of Slow Food’s identity. We need to regenerate relationships with each other within the movement, as well as with the outside world, so that we can truly become a collective voice. We must continue to remember that this movement is for all of humanity, so we must make an effort to cross borders, to step out of our comfort zone.

Francesco Sottile (Italy)
“If biodiversity has been our goal for 30 years, today a regeneration effort must also focus on our approach to biodiversity itself. We have said many good things in the past, we have supported an international network capable of demonstrating how much biodiversity there is around the planet and how much we are losing and will lose if we do not find the key to conservation through communities rural. Today, we must support an ecological transition, mitigate climate change and regenerate resources and rural areas by fighting poverty and restoring the food sovereignty of rural communities. We must do everything we can to ensure that biodiversity and agroecology are at the center of food policies, and demonstrate that from diversity comes resilience.

Nina Wolff (Germany)
“The world needs guidance to slow down, and this reinforces our responsibility to spread the Slow Food message; given the current crises and human rights violations, the political orientation of our work must increase. Advocacy can be a tool to realize our sincere desire for food justice. It is a necessity for Slow Food in the Global North to make people understand the effects of our food systems on the Global South. This international council is a large team of reliable and dedicated individuals ready to serve the movement.

Looking forward to his first Terra Madre as President of Slow Food International, Mukiibi added, “Staying together as a global food network and movement is essential to having a lasting impact on a food system that has become a burden on the planet. Terra Madre 2022, and the hashtag #REGENERACTION, symbolize a time of new openings for the global Slow Food network.

Terra Madre Salone del Gusto, the largest international event dedicated to food policy, sustainable agriculture and the environment, to be held in Turin, Italy, September 22-26, 2002, plans to launch a hybrid event accommodating both locals and online participants from around the world around the organization’s upcoming #REGENERACTION impact campaign.

The Politics of COVID-19 – Latino USA