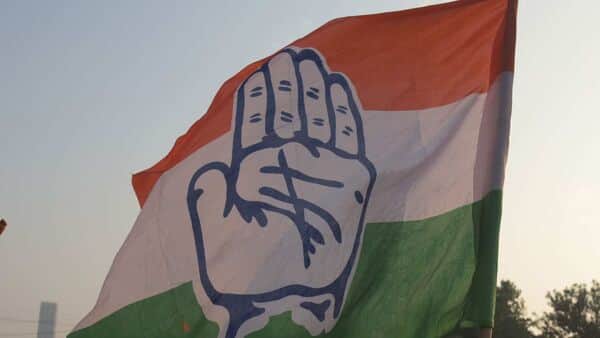 The counting of votes in the upcoming Gujarat and Himachal assembly elections, to be held on December 8, will be crucial to India’s regime and politics. Gujarat has already had a huge impact on national politics twice.

Please allow me to take you back 50 years to make my point. The 1972 legislative elections were decisively won by Congress. Out of 168 seats, he won 140. After just 16 months, Congress replaced its chief minister, Ghanshyam Oja. Chiman Bhai Patel took his place, but over time resentment over the sharp rise in prices of food grains, edible oil and other basic necessities grew. The students stirred. The opposition parties also had an ax to grind. As the situation worsened, Indira Gandhi was forced to suspend her own party’s government.

In March 1974, students in Bihar also began to agitate, spurred on by the success of the student movement in Gujarat. Inspired by this, Jaiprakash Narayan called for “Sampoorn Kranti” (total revolution). This resistance quickly spread to other parts of the country. Meanwhile, the Allahabad High Court declared Indira’s election illegal. She declared an emergency to deal with these adverse circumstances. called elections in 1977 and loosened the grip of the emergency, but his party suffered a crushing defeat. As a result, a non-congress government came to power for the first time. The change that started in Gujarat reached its logical conclusion with this. Eight non-Congress prime ministers have taken office since, of which Narendra Modi is the only one under whose leadership a party has won parliamentary elections with a clear majority for two consecutive terms.

The second time Gujarat made an impact on Indian politics, Modi was the driving force behind it.

No one can ever forget the devastating earthquake that struck Kutch on January 26, 2001. Keshubhai Patel of BJP was then the CM of Gujarat. Patel’s handling of the aftermath of the calamity was a complete failure. The BJP high command handed over the reins to Modi and made him chief minister to assuage growing public anger. Even his detractors were stunned by how he changed Bhuj in just one year. This marked the beginning of “Brand Modi’s” charisma, which has continued to this day.

Now let’s talk about the third transformational perspective that has now emerged in Gujarat.

This election is unique in many ways. Until 2017, the battle was between the Congress and the BJP, but for the first time, the Aam Aadmi Party (AAP) emerged as a third force. The AAP recently surprised political observers by winning 28 seats in two municipalities in local elections in Gujarat.

According to supporters of AAP leader Arvind Kejriwal, the Congress voting base would be “transferred” to the AAP in Gujarat as in Delhi and Punjab. If that happens, the AAP would have governments in three states and play an important role in shaping the agenda for the 2024 general election. However, many political observers believe that the AAP, although generated huge electoral buzz, reaching that stage too soon can be risky. could not be maintained until arrival. The Samajwadi party made the same mistake in the Uttar Pradesh polls, as did the BJP in West Bengal.

In response, Congress adopted an entirely different strategy. Rahul Gandhi is marching through the land of Kanyakumari in Kashmir, but Gujarat has been deliberately left out of his itinerary. Other party officials, as well as two other members of the Gandhi family, are still absent from the campaign. The Congress Gujarat unit was asked to organize some short marches. The country’s oldest party believes that if the BJP loses votes in urban areas to the AAP, it will be able to retain voters in tribal and rural areas. To overcome its current situation, Congress must move closer to triumph, if not victory. Congress also expects a favorable outcome in Himachal.

In contrast, the BJP adheres to the slogan “Modi Naam Kevalam” (one and only Modi). This strategy worked very well in 2017. At the time in Gujarat, voters were frequently heard saying to the media: “Hum naraz hain par gaddar nahin” (we are furious with the BJP but we are not traitors). And when the EVM seal was opened, the BJP received 49.44% of the vote, while Congress received only 43%.

Undoubtedly, all parties play a crucial role in this Mahakumbh of democracy, and now we have to wait until December 8. It will be a day not only of success or defeat, but also of the course of the country’s future politics. Let’s take advantage of the grand chessboard set up for electoral politics so far.