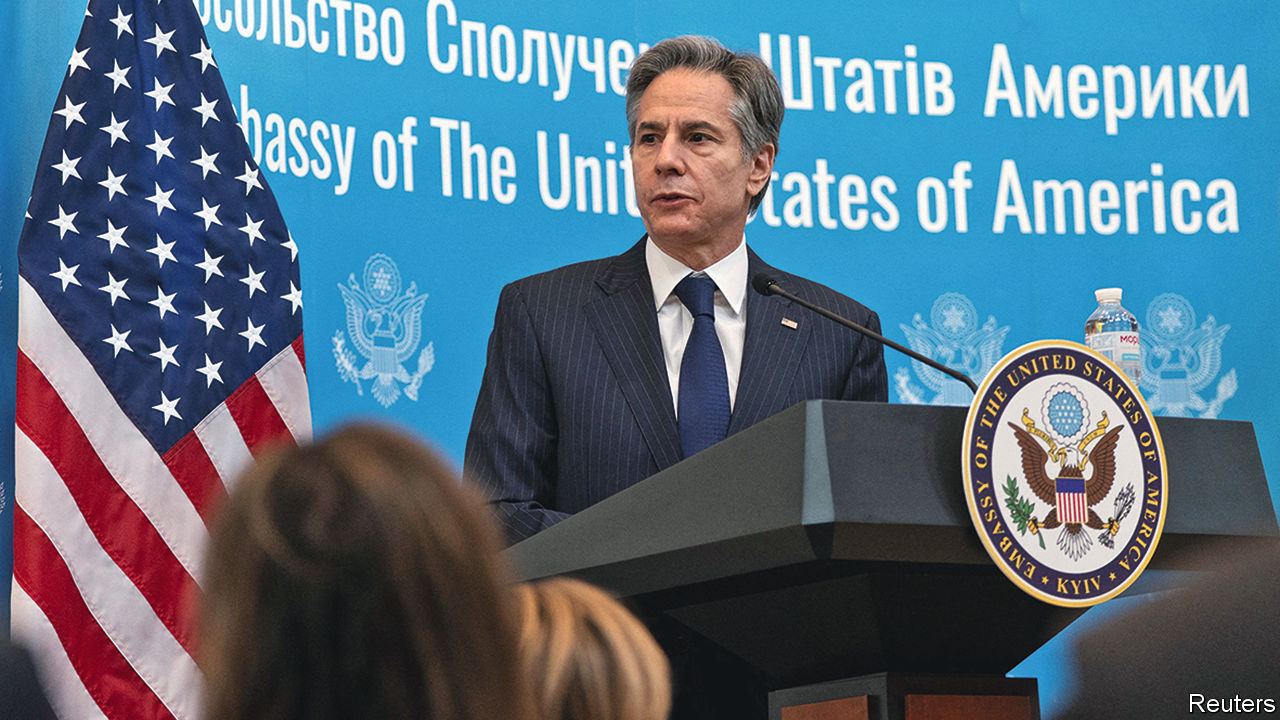 Enjoy more audio and podcasts on iOS Where android.

Russia intensified what appeared to be preparations to invade Ukraine. Its troops were deployed in Belarus, from where they could open a second front and threaten Kiev, the capital of Ukraine. More than 100,000 troops are now massed on Ukraine’s borders. A cyberattack, allegedly from Russia, has shut down Ukrainian government websites. President Joe Biden has said Russia is ready to pounce and has promised heavy penalties if it does. US Secretary of State Antony Blinken (pictured) was due to meet his Russian counterpart Sergei Lavrov in Geneva. Russian national television gave little hint that war might be in sight.

French President Emmanuel Macron called on Europe to build its own collective security framework in the face of Russian aggression. Atlanticists, especially from Eastern Europe, are wary of this idea which, in their opinion, could divide NATO. Mr Macron hopes to be re-elected in April.

Boris Johnson clinging to power, while more and more of its conservatives deputys called on him to resign. The UK Prime Minister’s convoluted explanation of why Downing Street threw a party when the rest of the country was under a strict lockdown (“nobody told me” it was against the rules) did not not been well received. David Davis, a former cabinet minister, quoted words that saw a Prime Minister in 1940 and the whole of Parliament in 1653: “In the name of God go.” A conservationist deputy defected to work. That seemed to rally Conservative support for the Prime Minister, for now.

Houthi rebels in Yemen launched a drone attack on Abu Dhabi, the capital of United Arab Emirates, killing three people. A day later, an airstrike by a Saudi-led coalition killed at least 20 people in Sanaa, the Houthi-controlled capital of Yemen. In recent weeks, forces backed by the United Arab Emirates and Saudi Arabia repelled the rebels.

Nigeria lifted a seven-month ban on people using Twitter after the social media company agreed to meet certain conditions, including opening an office in the country. Nigeria blocked people from using the service last year when Twitter deleted a tweet from President Muhammadu Buhari that some saw as inciting violence.

John Joel Joseph, former senator of Haiti, was arrested in Jamaica. Mr. Joseph has been accused by Haitian police of being involved in the murder of President Jovenel Moïse in July last year. He denies it.

Ingrid Betancourt, former senator of Colombia, said she would run for president in May. Mrs. Betancourt was captured by FARC rebels in 2002 and detained for six years. She presents herself as a centrist. The favorite is a left winger, Gustavo Petro.

from Cuba The communist regime has held closed trials for peaceful protesters, some as young as 16, who took to the streets last year to demand democracy and reliable electricity. Heavy penalties are expected.

A volcanic eruption in Tonga cut communications with the archipelago kingdom for days. Three deaths have been confirmed, although the toll is expected to rise. The eruption caused a tsunami so large that two people drowned in the Pacific in Peru. The Tongan islands were covered in ash.

Australia expelled Novak Djokovic after judges dismissed his challenge to having his visa canceled for the second time. The Minister of Immigration revoked the visa of the unvaccinated tennis player for “reasons of health and good order”.

from Kazakhstan former President Nursultan Nazarbayev appeared in public for the first time this year. He gave a televised speech more than two weeks after nationwide protests erupted. He claimed there was no conflict with his chosen successor, Kassym-Zhomart Tokayev, who appears to have ruled him out.

the FBI shot dead a Briton of Pakistani origin who had taken four people hostage in a synagogue near Dallas. Questions have been raised about how the man, who had once been a ‘subject of interest’ for British intelligence, was allowed to enter the United States. His family said he suffered from mental illness.

The US Department of Justice filed the first indictments for sedition against some of the rioters who stormed Congress on January 6 of last year. Eleven people, including the leader of the Oath Keepers, a far-right group, were charged with conspiring “to oppose by force” the transfer of presidential power (Congress then certified the result of the election of 2020).

On a dramatic day in the US Senate, Democrats failed to pass measures that would normalize voting procedures across the country, and were also defeated in an attempt to change the filibuster rule that would have allowed the bills to go ahead. Republicans have adamantly opposed it, accusing Democrats of overstating the effect of state changes on voting rules.

Joe Biden urged companies to implement their own vaccination mandates, after the Supreme Court overturned its order requiring them to do so. The court found that the federal agency responsible for enforcing the mandate did not have such broad authority to regulate public health. The ruling clears the way for Republican states to ban companies’ “no shot, no job” requirements.

COVAX, a program to provide covid-19 vaccines to non-rich countries, has delivered its billionth dose. He still has a lot of work to do. From WHOOf the 194 member countries, 36 have vaccinated less than 10% of their population and 88 less than 40%.

the Chinese The government, which is hoping for a covid-free Winter Olympics in Beijing, has urged people to wear gloves and face masks when opening mail, especially foreign parcels. He claims the Omicron variant may have entered China this way, after a woman tested positive and traces of the virus were found on a package she received from Canada.

After the historic defeat of the Democrats on the right to vote, what happens next? | american politics