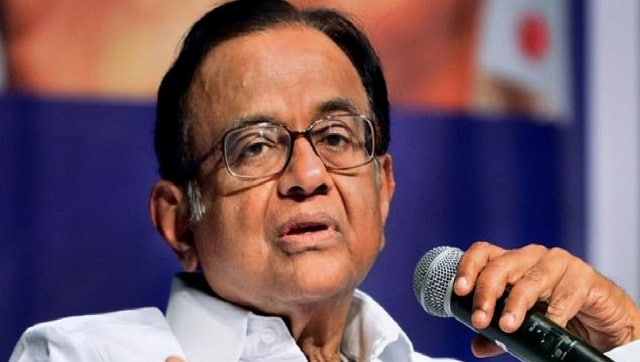 New Delhi: Congress leader and former Union minister P Chidambaram suffered a broken left rib after being pushed back by Delhi police during the party protest in support of Rahul Gandhi which was summoned by the leadership of the law enforcement in connection with the National Herald case, the party said on Monday.

The Congress party organized a “Satyagrah” march against the government and in support of Gandhi across the country, during which many party leaders were detained during the day by the police.

According to the sources, Chidambaram consulted a doctor who advised him to take rest and medication. However, the Congress leader is not hospitalized and is under observation at his home.

“When three big, beefy policemen crash into you, you’re lucky to get away with a suspected hairline crack! The doctors said if there’s a hairline crack, it will heal on its own in about 10 days. I’m fine and I’ll do my job tomorrow,” he tweeted.

It comes after Congress MP Adhir Ranjan Chowdhury, who was arrested by Delhi police on Monday during the ‘Satyagrah’ march in support of Gandhi, was allegedly abused by police personnel on his way to the office of the Ed.

Chowdhury wrote a letter to SHO Tughlaq Road alleging abuse by Delhi Police personnel and asked to take action against them.

“This is to tell you that today I was roughed up by the Delhi police on the way to the emergency office without even an iota of provocation. During the police atrocity phase, I was injured in the upper jaw of my mouth. May I ask you to treat my letter as an allegation against these police officers and do what is necessary,” he said in a letter.

Notably, Rajasthan Chief Minister Ashok Gehlot along with other senior Congress party colleagues Adhir Ranjan Chaudhari and KC Venugopal were among those detained when party leader Rahul Gandhi arrived at the office of the Law Enforcement Branch here today for questioning in the National Herald money laundering case.

On Friday, the ED also issued a new summons to Sonia Gandhi asking her to appear on June 23 for questioning in connection with the National Herald money laundering case.

P Chidambaram injured his ribs after being abused by Delhi police: Congress