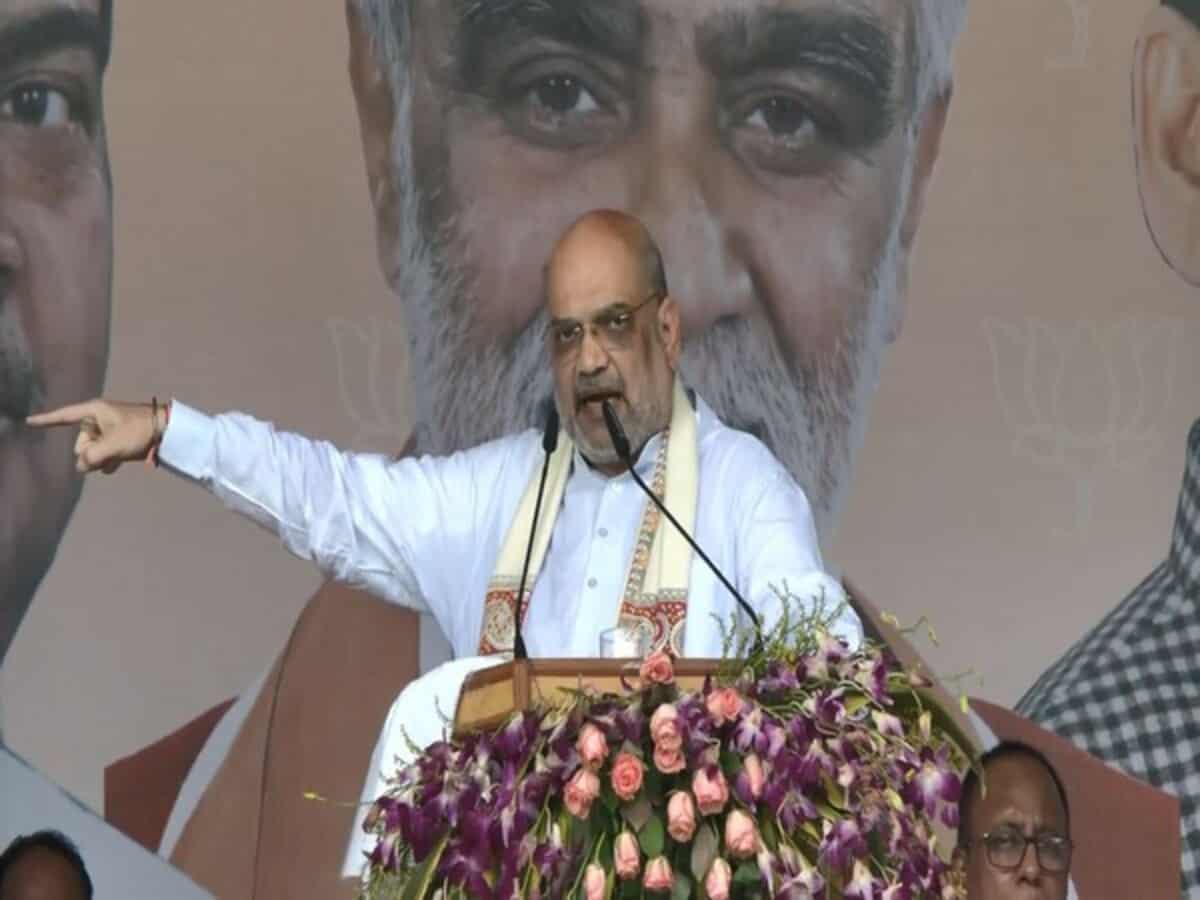 Purnea (Bihar): Union Home Minister Amit Shah on Friday launched a blistering attack on Bihar Chief Minister Nitish Kumar, saying the JD(U) leader had ‘stabbed’ the anti-Congress policy whose he came from and “sat on the lap” of Lalu Yadav to become Prime Minister.

While addressing the ‘Jana Bhavna Mahasabha’ at Purnea in Bihar, the first since the split of the BJP and JD(U) alliance in the state, Shah said: ‘Nitish Kumar stabbed the anti-Congress politics, from which he was born, and sitting in the lap of the RJD and Congress to become Prime Minister. Can Nitish Kumar become prime minister by changing parties (alliances) with the will to power? Can this government run in Bihar?

Shah criticized the law and order situation in the state and said there has been an “atmosphere of fear” in the state since the Mahagathbandhan government returned to power.

“Today, while I am here in the border districts, the duo of Lalu Yadav (RJD leader) and (CM) Nitish Kumar have a stomach ache. Lalu Yadav and Nitish Kumar say that I am coming to create conflict. Lalu ji there is no need for me to create a conflict you are enough to do it you have done this all your life i came here to say that when lalu joined the government and nitish kumar sit on his knees, there is an atmosphere of fear here. I have come to tell you that there is no need to be afraid. There is the Narendra Modi government here,” he said.

Shah said the crowd that showed up for the rally is a “warning signal for the Lalu-Nitish government”.

“There would be a start to sounding the Bihar bugle against the introduction of selfishness and power that Nitish Kumar gave by deceiving the BJP and sitting in Lalu’s lap,” he added .

Recalling past cases where Nitish Kumar switched sides, Shah said, “Can Nitish babu become prime minister by switching political alliances? He has betrayed many since he entered politics. Lalu ji, beware that babu Nitish might sit in the lap of Congress tomorrow leaving you behind”.
Earlier today, Amit Shah arrives in Purnea, Bihar for a 2-day visit to the state.