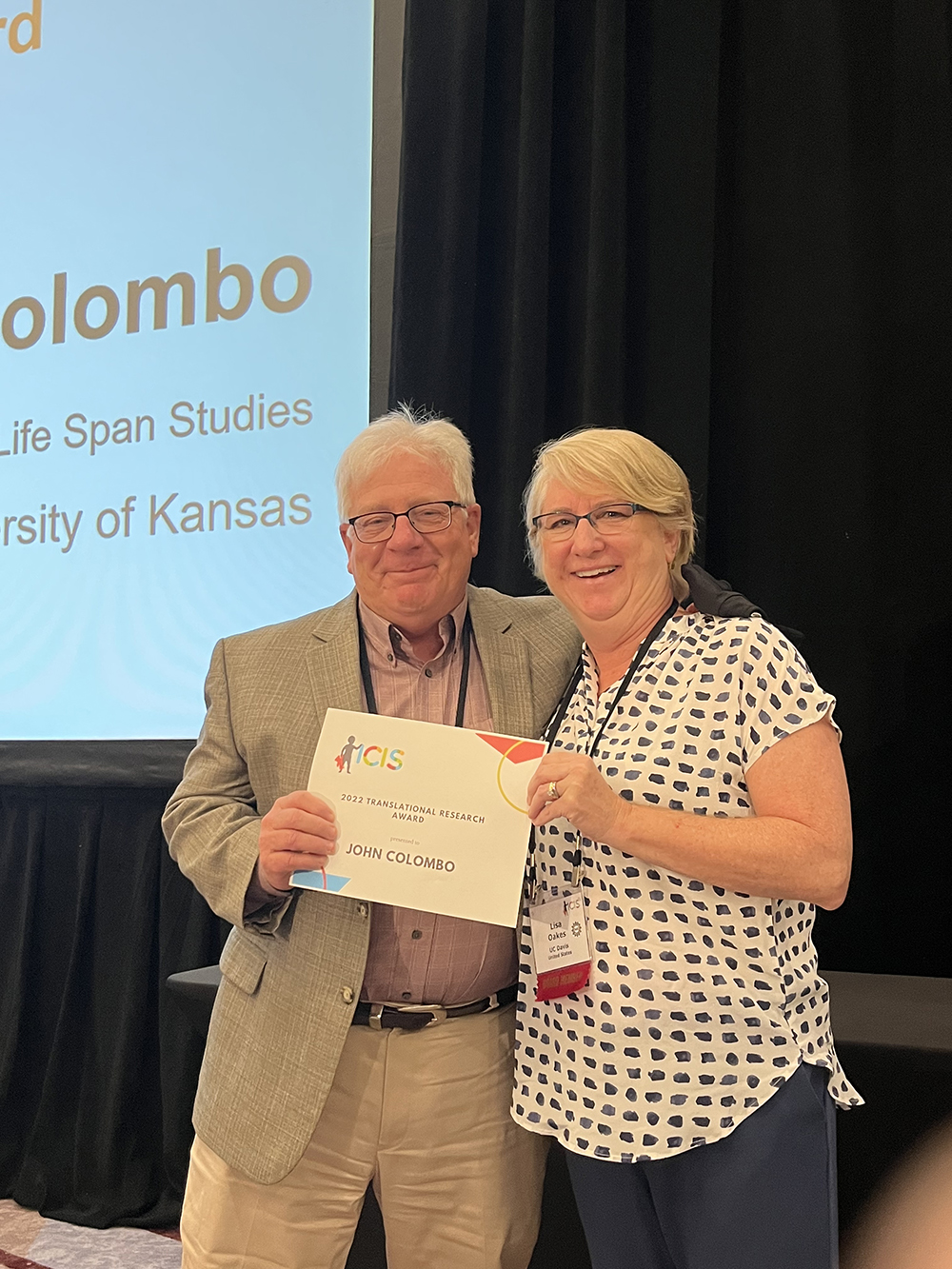 LAWRENCE — The International Congress of Child Studies (ICIS) has honored John Colombo, director of the KU Life Span Institute and acting dean of the College of Liberal Arts & Sciences, with an award recognizing his 35 years of research in neurodevelopment and child cognition. children from infancy to toddlerhood.

ICIS is the world’s largest scientific society dedicated to the study of human development during infancy and early childhood. Colombo received the Translational Research Award at the 2022 Congress held in Ottawa, Canada, July 7-10. The Translational Research Award honors scientists who have successfully translated the results of basic research on early human development from the laboratory to the applied world to improve the lives of infants and their families.

“I am proud to see the impact of John’s career recognized by this award,” said Simon Atkinson, Vice-Chancellor for Research. “It’s a great reason to celebrate not only his research achievements, but also the countless scientists he has mentored and whose research is also part of John’s tremendous impact in the field.”

Colombo, a professor of psychology at KU, has conducted research on individual and developmental differences in attention and studied their consequences for long-term developmental outcomes in populations of infants, toddlers, and children who usually develop and are at risk. In recent years, he has worked to include innovative laboratory measures of neurodevelopment in numerous clinical trials evaluating the effects of nutrients and micronutrients on the development of cognitive function in infants and children. During his career, he has been an investigator of federal, foundation and industry grants totaling over $30 million.

Colombo has led the Life Span Institute since 2007. He has also served as Acting Vice Chancellor for Research and Acting Dean of the College of Liberal Arts & Sciences since 2019.

Photo: John Colombo with Lisa Oakes, former president of ICIS and professor of psychology at the University of California, Davis, at the ICIS conference. Credit: CIHI Twitter, @infantstudies.