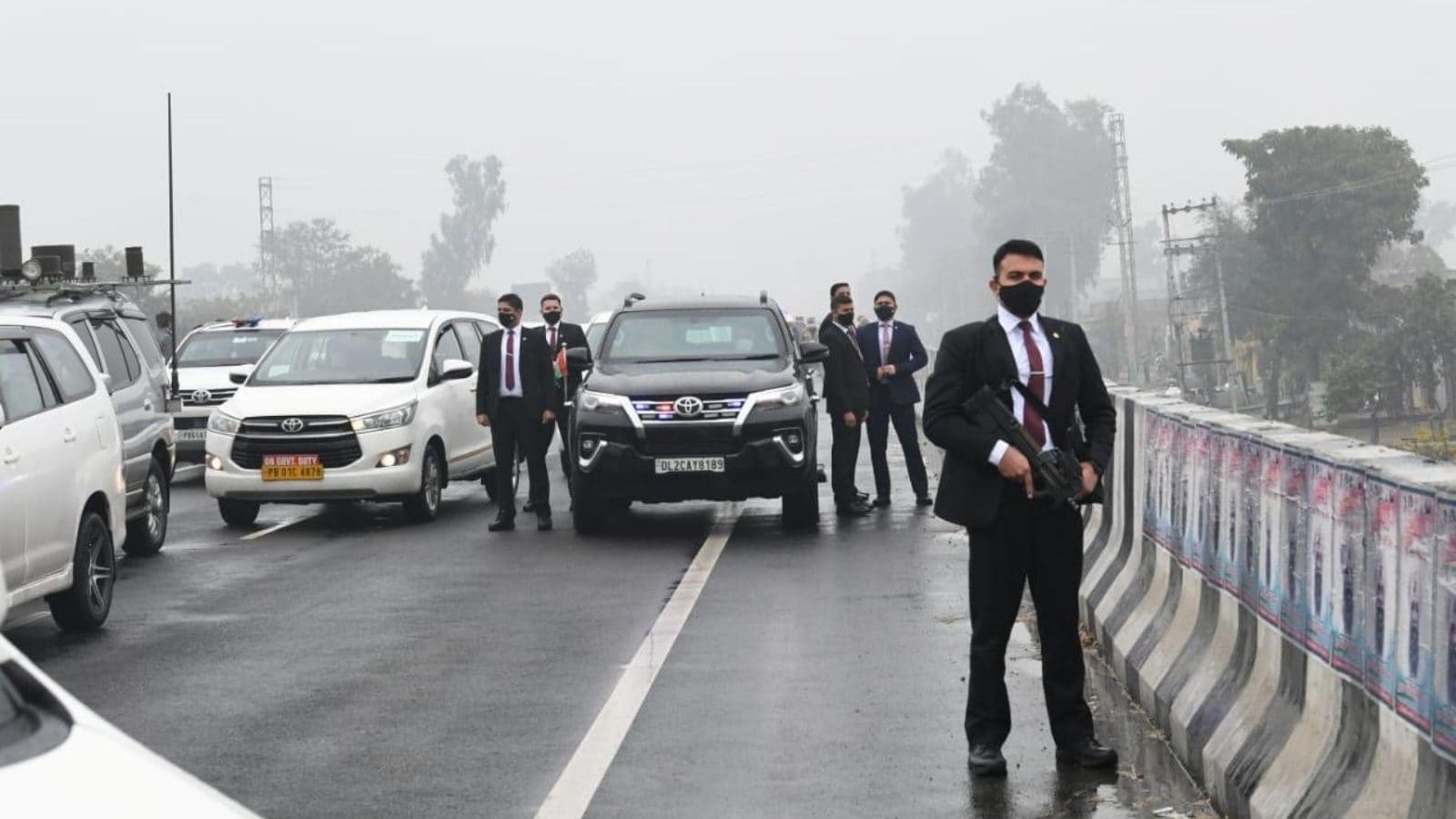 The security breaches during Prime Minister Narendra Modi’s recent visit to the Punjab cannot be taken lightly. It raises several questions on the security of people in high places, federalism but also reciprocity between the Center and the States. While most of these issues are too serious to ignore, the committee the Supreme Court is now about to form will hopefully look into them as well.

While it would be interesting to see how the Supreme Court decides to analyze the issues, it would be simplistic to infer that the loopholes in the Prime Minister’s security were simply the result of a lack of communication in the administration and / or disorderly management by the Punjab police. There is reason to believe that the personal biases of the congressional leadership might have played some role in this episode as well. There are at least three pointers that suggest this. First, the tone and tenor of the Punjab’s chief minister in pooping allegations of a serious error put a big question mark on the seriousness of CM’s approach. Second, the fact that the leadership of Congress is silent on this subject speaks volumes.

The third important point is the history of the “politics of personal prejudice” to which the supreme leadership of the party regularly engages. From Netaji Subash Chandra Bose to Narendra Modi, there is a long list of leaders, both inside and outside Congress, who have been on the receiving end of this disturbing approach. Netaji Subash could easily be the first victim of this policy of prejudice. As the now declassified documents reveal, for nearly two decades between 1948 and 1968, the government of the day placed members of the Bose family under strict surveillance. Intelligence bureau officials regularly intercepted letters from family members of Netaji Subash, formerly Nehru’s colleague in Congress.

But Netaji was not alone. Jawaharlal Nehru had allowed his personal prejudices to take precedence over internal democracy within the Congress Party. The first victim after independence from this unbridled power commanded by Nehru was Purushottam Das Tandon who was forced to resign the presidency of Congress in September 1951. Nehru’s “my way or the highway” approach was so evident that after the forced resignation of Tandon Nehru himself became president of the party, specifying that it is only he who would decide.

The next victim of this policy of prejudice was Morarji Desai. In 1969, in his attempt to assert his position and establish himself as an undisputed leader, then Prime Minister Indira Gandhi removed the portfolio from Morarji Desai’s finances. Although Morarji had some reservations, he dutifully proposed the resolution on the nationalization of banks at the AICC session in Bengaluru in July 1969 and yet he was asked to relinquish the financial portfolio a few days later. Unsurprisingly, an intransigent Morarji preferred to put in his papers. After Tandon, Morarji Desai was the second potential challenger who was no fault of his own.

The remarkable third person who, thanks to the rulers’ long-held prejudices, was denied even a dignified and respectful funeral in the capital was PV Narasimha Rao, when he passed away in December 2004. Despite the respect due to the family Nehru-Gandhi, Narasimha Rao never held a prominent place in the congressional leadership scheme after 1997. Although Narasimha Rao largely deserved respect for his contributions to the party and the government he led during From the difficult decade of the 1990s, his family was not allowed to perform the last Rao rites in Delhi. What The Economist had said about Rao is revealing. “Rao had committed the sin of being insufficiently respectful to the Gandhi dynasty while in power. He spent his last years as an outcast. His name was struck from the tradition of the Congress Party, and credit for his achievements went to Manmohan Singh and Rajiv Gandhi.

Previously, Pranab Mukherjee had also been the victim of prejudice at the top level. The reason why he was not considered by Gandhis for the top post when the UPA unexpectedly came to power in 2004 was his “offense” at having ogled the prime minister’s position immediately after the election. assassination of Indira Gandhi in 1984. For Mukherjee, this high level prejudice proved too costly and he had to quit the Congress party, albeit briefly.

The last in this series is Narendra Modi. If there is one person to be crucified whose Congress has had to use all the dirty tricks at their disposal, it is Narendra Modi. They ridiculed his abilities, questioned his qualifications, doubted his sincerity, suspected his intentions, defied his honest efforts and ultimately waged a never-ending campaign of slander, all because of long-held prejudices!

Congress had used its abuse of choice as Maut Ka Saudagar for Modi. Mani Shankar Aiyar openly cursed him in an extremely derogatory manner, saying PM Modi would continue to sell tea! Many other lesser leaders had also taken inspiration from the leadership and abused Prime Minister Modi, bidding farewell to the basic rules of decency and civility. Notably, Congress has neither rebuked nor disassociated itself from those who abuse it. On the other hand, Prime Minister Modi had not only welcomed the dialogue with Rahul Gandhi – when the latter called him to Parliament – but also suggested that such meetings occur intermittently.

Harboring a pathological hatred for decades for a leader who has twice won popular office amounts to a complete rejection of democracy by Congress. If not out of generosity and humility, at least for the sake of decency and a democratic approach, the Nehru-Gandhi family must put an end to this policy of prejudice.

Vinay Sahasrabuddhe is Member of Parliament for BJP Rajya Sabha and Chairman of the Indian Council for Cultural Relations. The opinions expressed in this article are those of the author and do not represent the position of this publication.

Read all the latest news, breaking news and news on the coronavirus here.