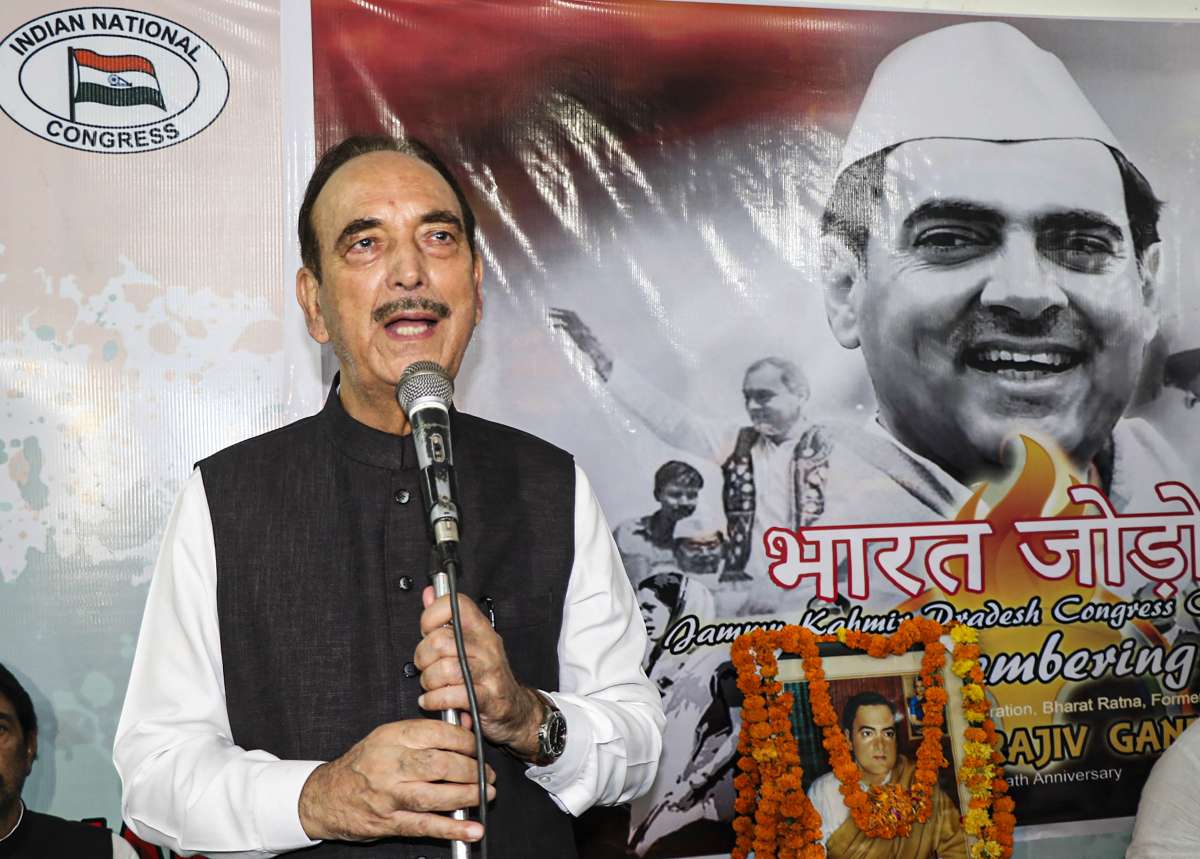 As part of a complete overhaul of the organization in Jammu and Kashmir, Gandhi also appointed Vikar Rasool Wani, considered close to Azad, as the new JK unit leader.

Azad is a prominent member of the G23 group within Congress that has criticized the leadership and sought an organizational overhaul.

Azad, retired from the Rajya Sabha and outgoing leader of the opposition, was not reappointed to the upper house.

In the revamped unit, Raman Bhalla was named incumbent president of the J&K Congress and Azad as head of the champagne committee, with former PDP leader Tariq Hamid Karra as deputy head of the campaign committee.

Hours after the nominations were made public, sources said Azad refused to accept the offer.

The Center is keen to hold parliamentary elections in Jammu and Kashmir soon and the process of finalizing voter lists is ongoing after the completion of the delimitation exercise.

Wani replaces Ghulam Ahmad Mir who tendered his resignation in July after holding the post for eight years.

The Congress speaker has accepted Mir’s resignation as chairman of the Jammu and Kashmir Pradesh Congress Committee, a party statement said.

Wani (46), a resident of Banihal township of Ramban district in Jammu region, is a two-time former lawmaker who also served as a minister during the National Conference-Congress coalition government led by Omar Abdullah between 2009 and 2014.

Tariq Hamid Karra will serve as vice-chairman of the Azad-led campaign committee, while GM Saroori will serve as its organizer, the statement said.

The campaign committee has appointed 11 leaders with the CCP chairman and the working chairman as its permanent guests.

Gandhi also set up a political affairs committee with Karra as chairman and it included figures like Azad, Mir and Saifuddin Soz.

The committee comprises nine leaders with the AICC in charge, with the CCP chair and the working chair being permanent guests on the panel.

A seven-member disciplinary committee was formed with Taj Mohiyuddin as chairman.

A Pradesh election committee headed by the CCP leader has also been set up.

The Electoral Commission recently revised to November 25 the date for the final publication of Jammu and Kashmir’s voters list – the first voters list in the union territory after assembly seat boundaries were redrawn in the delimitation exercise.

Once the lists are published, the EC can technically organize assembly ballots in the UT. A timetable for the election has yet to be officially declared.

Hours after his nomination, Ghulam Nabi Azad resigns from his key positions at the J&K Congress