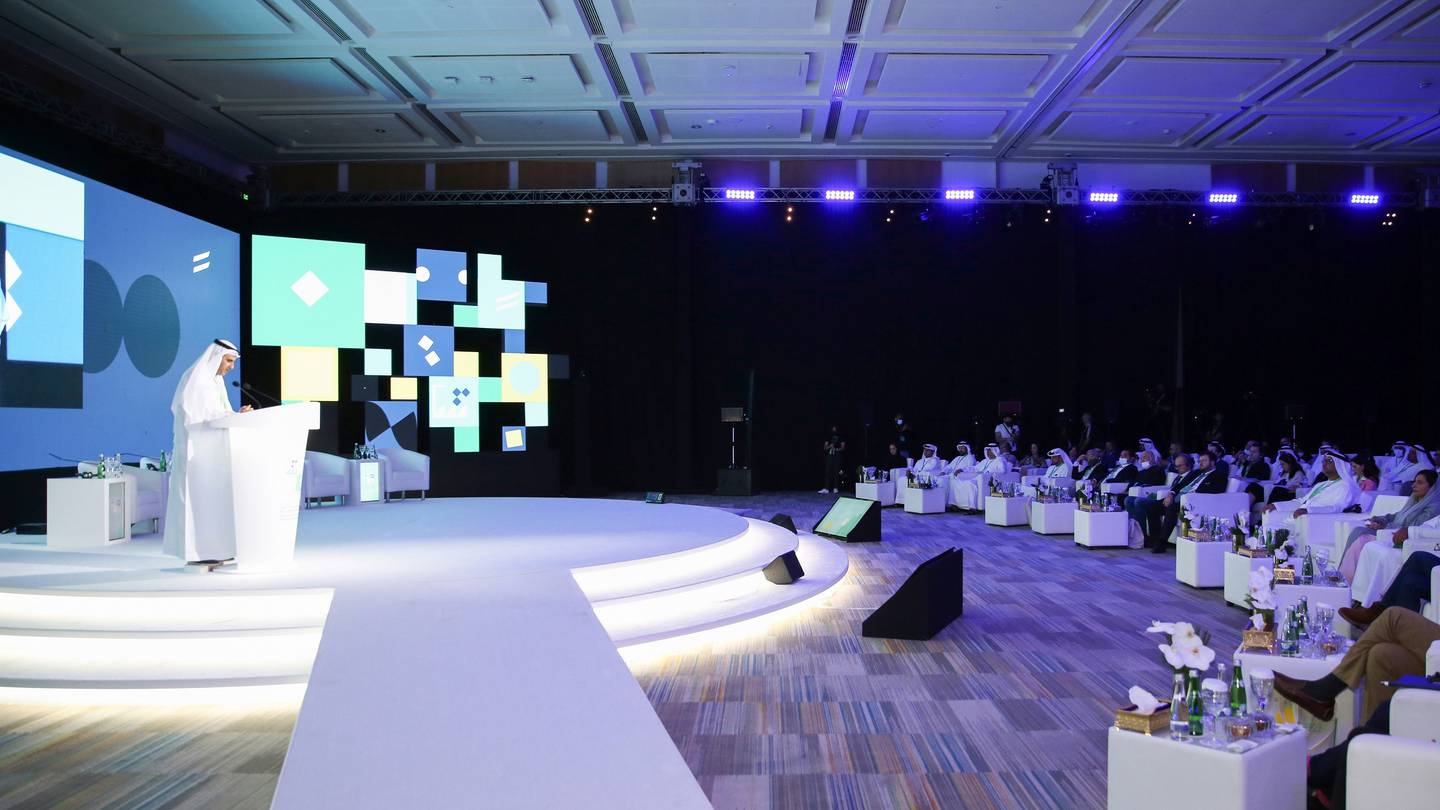 Regional and international publishers and authors converged on the eve of the Abu Dhabi International Book Fair for provocative discussions on the challenges facing the Arabic publishing industry.

Organized by the Arabic Language Center and held at the Abu Dhabi National Exhibition Center on Sunday, the first International Congress of Arabic Publishing featured panel discussions exploring the innovative ways in which to produce engaging Arabic content for a digitally connected world.

The conference was also one of the first major cultural events to be held in Abu Dhabi after the death of former UAE president Sheikh Khalifa on May 13.

“His Highness, Sheikh Khalifa bin Zayed, may God rest his soul, wanted to establish Abu Dhabi as an educational and intellectual hub,” he said.

“We remember his words when he said that nations would not grow with only hope, but with achievement and work.”

Bin Tamim described the congress as an example of the Abu Dhabi government’s ongoing dedication and investment in the cultural and creative industries.

“We have invested Dh30 billion dirhams as part of this strategy to support the cultural and creative sector,” he said.

“Now, we are looking to empower talents from across the globe and take part in the creation of innovative content such as e-games, movies and publishing in the Arabic language.”

The kinds of content needed and the challenges in producing them formed the crux of the conversations during the conference.

Here are four takeaways from the inaugural International Congress of Arabic Publishing.

1. The industry must get up to speed with new trends

International Publishers Association president Sheikha Bodour Al Qasimi said Arabic publishers have legitimate concerns when it comes to the rise of digital piracy, yet that shouldn’t inhibit them from embracing the opportunity presented by online formats.

She described the severe disruption caused by the pandemic as an opportunity for regional publishers to upgrade their processes to become more resilient and digitally oriented.

“I have emphasized since the beginning of the pandemic that the unprecedented crisis … is a golden opportunity for all publishers around the world to keep pace with change and revised business models,” she said.

“It is also time to abandon that old-school mentality and give the opportunity to young and diverse talents to make decisions which will support more innovation.”

2. Arabic audiobooks are an opportunity

One emerging format receiving a huge boost from the pandemic is Arabic audiobooks, according to Stefanie Lamprinidi, regional content expansion manager for the Swedish audiobook and ebook subscription service Storytel.

The service is home to more than 700,000 titles in more than 30 languages, and now, Lamprindi is looking to collaborate with more publishers to produce more Arabic-language books.

“We have found that over 90 per cent of consumption in each of our markets are titles in the local language, which is why we invest so much in building these catalogs and working with local publishers,” she said with regard to the platform, which has more than two million subscribers.

“There is also a need for education of the public in the Mena region about audiobooks and to show they can be easily incorporated into your life from things like hearing it in your car when you are stuck in traffic or cooking or as something to do with your kids when you don’t want them to spend time looking at the computer screen.”

Storytel first ventured into the Arabic digital book market by launching in Dubai in 2018, followed by Egypt and Saudi Arabia in 2021.

“The trends here in the region are more towards non-fiction and personal development, which is quite common in newer markets,” she said.

“We tend to see earlier adopters use these genres as an entryway towards audiobooks and as the markets mature, they tend to shift towards fiction.”

That said, even audiobook companies need to be aware of the scavenger of piracy.

As Storytel is a subscription-based company, Lamprindi said it is following the Spotify model in creating a value-for-money experience.

“So, for example, like what Spotify did, we want to create a great user-app experience where all these amazingly produced stories are at your fingertips.”

3. The ‘vicious cycle’ in Arabic translations

Getting Arabic books translated for print and audiobooks is only half the challenge; the other lies in choosing engrossing titles, according to Persa Koumoutsi.

The translator and director of the Center of Greek and Arabic Literature and Culture in Athens said too many Arabic novels are chosen for translation for purely commercial reasons.

“This is due to a number of things, the first of which was the global financial crisis which affected the lives of many translators and their visibility,” she said.

“So international publishers began to not listen to translators anymore and started referring to literary agents, instead, because they thought the agents would know more about the commercial potential of a book.

“But this is not always so because of the specialty of the Arabic language and very few people know its nuances.

“So what happens is that agents only pick books that have high visibility and that won awards and they are very expensive to translate in terms of royalties.

“So fewer Arabic books get translated as a result and it becomes this vicious cycle.”

Koumoutsi urges publishers to refer to translators to unearth hidden literary gems from the Arab world.

“This is the best way because we are the source,” she said.

The need for more conversation, co-ordination and collaboration was the key takeaway from the congress.

Ruediger Wischenbart, responsible for compiling “barometer” reports on the publishing industry in countries ranging from Spain to Brazil, said there is not enough data coming from Mena publishers to compile a regional report as yet.

“The Arabic publishing industry is very fragmented and there are challenges when it comes to distribution and they range from logistical to legal reasons,” he said.

“There is also a real catalog of titles available to refer to. So we need to share that information and build permanent structures to tackle the problems of distribution.”