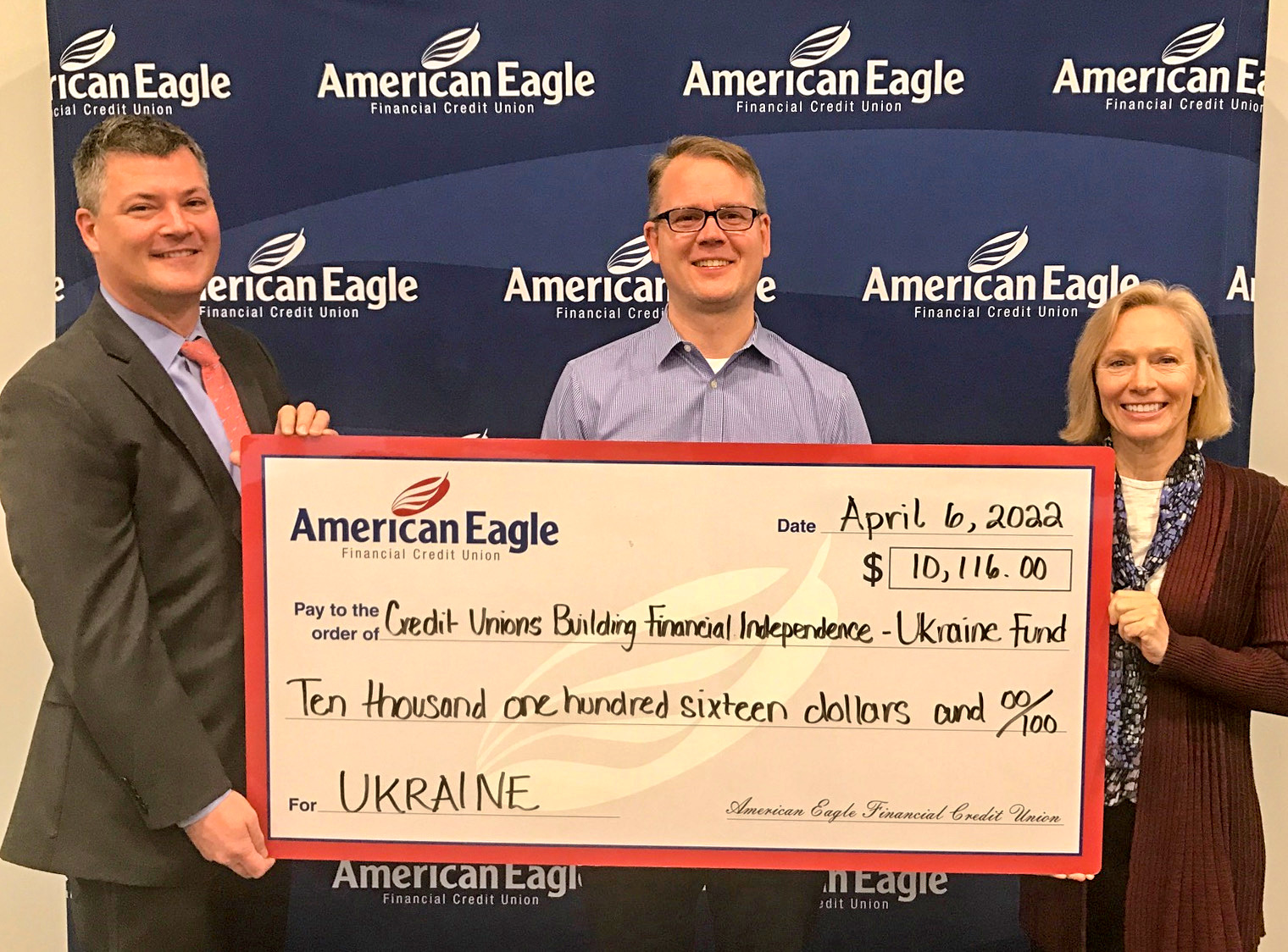 Liberty Bank, based in Middletown, recently announced that the Liberty Bank Foundation has approved a $25,000 grant dedicated to the American Red Cross of Connecticut to help lead humanitarian relief efforts in Ukraine through the International Committee for the Red Cross (ICRC), bank officials said.

The grant will help provide food, shelter, critical care items and first aid. The American Red Cross has contributed $12 million to relief efforts so far, according to its website, with funds helping to provide aid to people in Ukraine and surrounding areas. According to the website, around 12 million people are in need of humanitarian aid.

Meanwhile, nearly 30 Connecticut credit unions have donated more than $54,000 to help those affected by the conflict, with a total of $100,809 raised so far for the Ukrainian Fund for Strengthening Financial Independence of Credit Unions (CUBFI), according to Bruce Adams, president and CEO of the Credit Union League of Connecticut (CULCT). The funds will be used to directly support affected Ukrainians and Ukrainian-Americans both in Connecticut and abroad.

CULCT will also provide a variety of assistance — like counseling and financial resources — to refugees who may end up in Connecticut, organizers said.

According to a CULCT document outlining the campaign, organizers are encouraging businesses, schools and individuals to join in supporting the fund. Donations will go to the Ukrainian Self Reliance Credit Union’s Humanitarian Relief Fund, other organizations helping affected CT residents and refugees, civic and faith-based organizations serving local Ukrainian communities, and initiatives endorsed by the state of Connecticut.

American Eagle Financial Credit Union donated $10,116 on behalf of the credit union and its employees. The Credit Union Building Financial Independence, CULCT’s charitable foundation, made its own donation of $10,000, according to Adams, while individual donations total $36,500.

In addition to possibly using its own funds to match certain donations or fundraising initiatives, the foundation may decide to replenish the Small Credit Union Fund to help credit unions prepare to defend against possible cyberattacks. declared organizations.