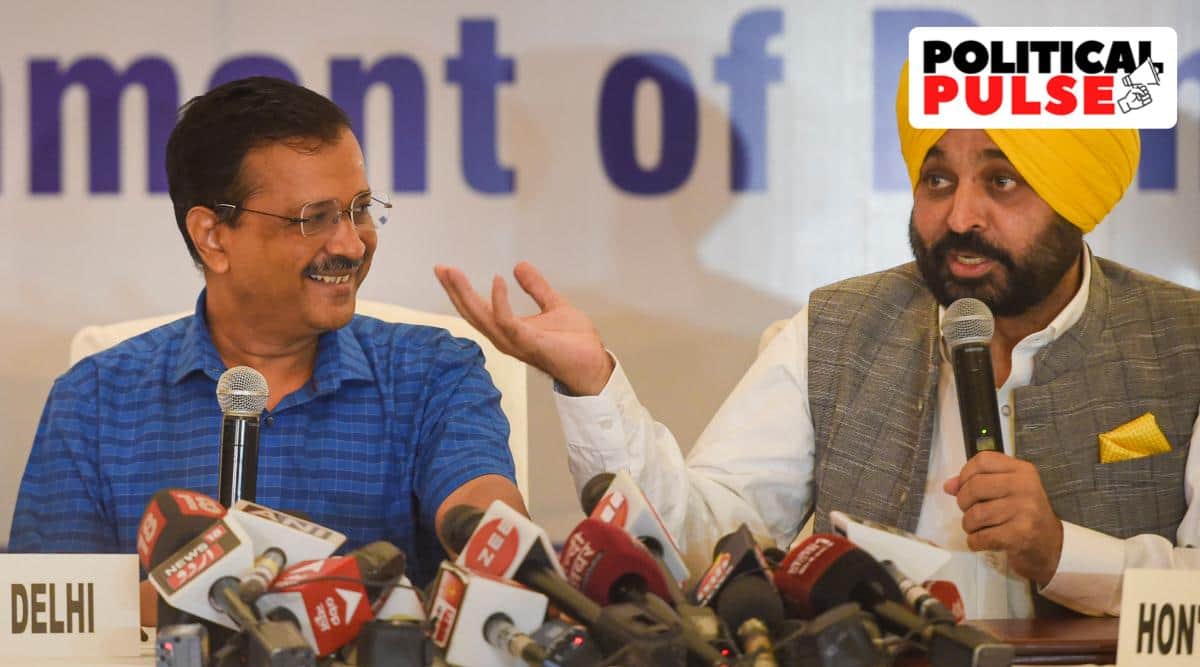 The government of Punjab, led by the Aam Aadmi Party (AAP), has launched a public consultation on ways to improve the ease of doing business in Punjab.

As part of the initiative, the Punjab government, led by Chief Minister Bhagwant Mann, has sought the views of traders ranging from small traders to industrialists on repealing unnecessary licenses and attracting investment.

Over the years, the AAP has periodically solicited public opinion on various issues related to politics and governance following a pattern described by party supremo and Delhi CM Arvind Kejriwal in his book “Swaraj”. , in which he advocated the need for governments to embrace the elements of participatory democracy.

It all started in December 2013, when the AAP made a stunning electoral debut in Delhi, winning 28 seats out of the 70 Assembly members. The party then held a “referendum” to solicit public opinion through “jansabhas” or rallies and text messages on whether to join the outgoing Congress, which had lost the ballot, to form its first-ever government.

Many then accused the ‘referendum’ of being Kejriwal’s ‘ruse’ to forestall public criticism of the AAP’s attempt to take help from Congress against which the party has built an anti-corruption movement that will oppose it. propelled to power in the first place. But for the AAP, it marked the start of many direct public consultation exercises that the party has since undertaken at regular intervals.

In 2015, after forming the government in Delhi, this time with an absolute majority, the AAP launched a “referendum” on full statehood for Delhi. Later, recognizing that the Indian Constitution did not provide for the holding of referendums, the AAP organized an opinion poll on the issue.

In 2015, the AAP dispensation held “mohalla sabhas” all over Delhi to gather people’s opinions on how to use budget funds intended for public welfare. A year later, he sought public comment via email, IVR and SMS on the implementation of the even-odd car rationing system in the nation’s capital.

A PAA leader involved in party decision-making said the public consultation exercises were mainly Kejriwal’s brainchild. “In some cases, even routine administrative decisions were announced after rapid public awareness. It’s good optics, it makes people feel involved and in some cases it’s a way to build a political case for any cause.

The reasoning behind these public feedback offerings is laid out in Kejriwal’s book, which was launched in 2012 at Jantar Mantar. “Change must be made where the people make all the decisions and the implementation is left in the hands of elected representatives,” his book states.

“Citizens are the owners in a democracy. Citizens have given parliament and government the right to make decisions on their behalf, for their well-being. But the government, parliament and legislatures have clearly abused this right… is it time that we citizens take back the right we gave to political parties, politicians and civil servants to make decisions on our behalf for our welfare?” Kejriwal continues to write in his book.

Even during the Covid pandemic, the Kejriwal government had repeatedly solicited public opinion on unlocking economic activities, transport and borders in Delhi.

Faced with the delicate task of nominating a chief ministerial candidate in Punjab in recent Assembly polls, the AAP again held a public consultation before choosing Mann. The party later claimed that more than 93% of the “21 million people who responded by phone and WhatsApp” endorsed Mann’s name as the face of CM.

And, seven weeks after taking office as CM of Punjab, Mann has now carried out his first direct public consultation on an administrative matter.

Only Congress governs for the welfare of poor middle-class families: Rahul