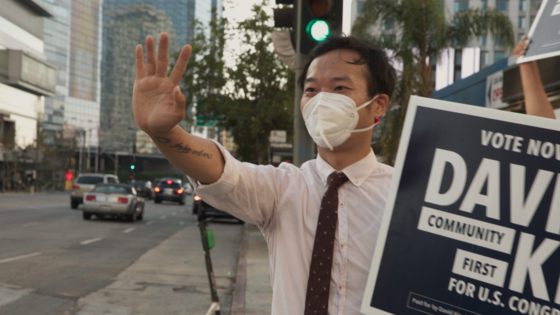 A scene from the documentary “Chosen” shows David Kim on the streets of Los Angeles as he runs for Congress in 2020, representing the residents of District 34 in Los Angeles. [CONNECT PICTURES]

In the new independent documentary “Chosen,” director Joseph Juhn, 38, tells the stories of five Korean Americans who ran for Congress in 2020 and the historic election results.

But dig one layer deeper, Juhn told Korea JoongAng Daily in an interview, and “it’s a family story, the collective story of Korean Americans and Korean American identity.”

The inspiration for the film came from a book by John Bolton, US national security adviser during the Trump administration.

Reading a chapter on the Hanoi Summit between North Korea and the United States in 2019, Juhn, as a Korean-American, was surprised when he realized that the fate of everything a country could be dictated by the decision of an American politician.

“It made me wonder, what if those positions were occupied by Korean Americans?” he said, “Maybe they could have made a policy more pro-peace. ” 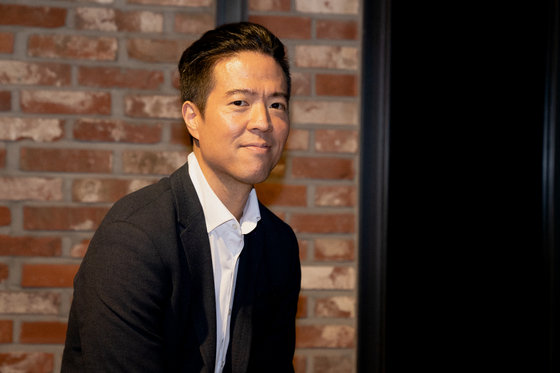 Director Joseph Juhn is behind the independent documentary film “Chosen”. It was released in local theaters on November 4. [CONNECT PICTURES]

Juhn then learned that five Korean Americans — David Kim in California, Marilyn Strickland in Washington, Michelle Park Steel in California, Young Kim in California, and Andy Kim in New Jersey — were running for Congress in 2020 and decided to document their stories leading up to the elections. Four of the five were elected. David Kim just missed out on a place.

Prior to 2020, only two Korean Americans had been elected to the United States House of Representatives.

The next elections will take place on November 8 and the four incumbents as well as David Kim are in the running. 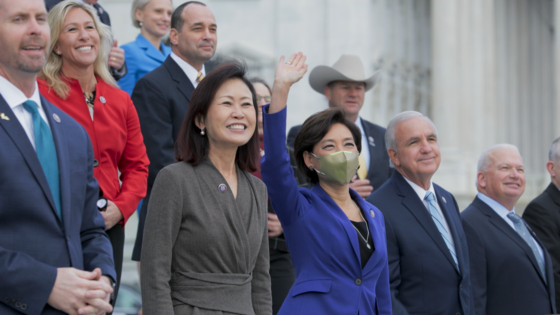 But “Chosen” is not a self-congratulatory achievement for Koreans and their representation in the US Congress; it’s the contrary.

It also provides intriguing insights into the Korean diaspora in the United States, dating back to its tensions with the black community to the 1992 Los Angeles riots and recent anti-Asian hate crimes after the Covid-19 outbreak.

“A lot of Koreans before the Los Angeles riots thought of themselves as just immigrants – Koreans living in America. But after the riots, they felt the need to become Korean Americans,” he said, adding that the riots gave impetus to more Korean Americans to get involved in the American politics. Korean American identity too. To understand what it means to be Korean American, I think we have to understand the collective suffering that our community faced in 1992.” 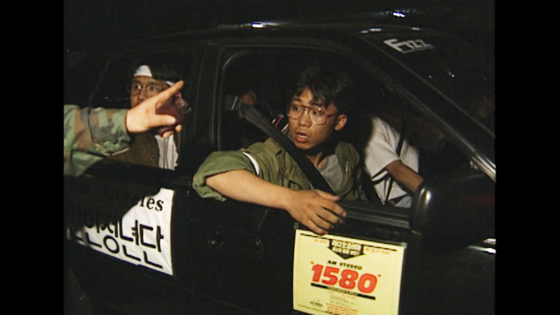 “Chosen” shows footage of the LA Riots, otherwise known as the Saigu Riots, in 1992. [CONNECT PICTURES]

Unfortunately, the film is not available on any streaming platform at the moment. According to Juhn, after months of negotiations with streaming companies, it all fell apart.

“I was pretty frustrated,” Juhn said.

In the end, it came down to the question of the profitability of the documentary, “And they just haven’t seen it.”

Although Juhn was modest, the fact that his film could not be released on any streaming site is proof that Asian narratives are still not properly represented, largely because the subject matter lacks public interest and is therefore considered unprofitable.

There’s no doubt that “Chosen” is a well-made film with universal messages and values. It also accurately depicts the racial dynamics that led to the spike in Asian hate crimes and how black and Korean Americans were pitted against each other since 1992 by politicians and the justice system of the time. .

Many other Asian American documentary makers are also struggling to find platforms to distribute their works, according to Juhn. 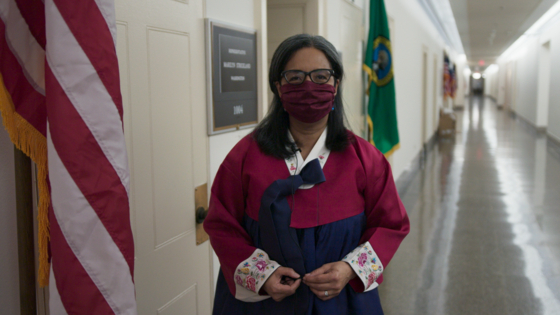 The local production company, Connect Pictures, is behind the screening at the local theater of “Chosen”. He had brought Juhn’s previous film “Jeronimo” (2019), which was also his first film.

Originally a lawyer, Juhn had no plans to become a director. But during his trip to Cuba, he met Koreans there and decided to film them, thinking of making a 20-minute YouTube clip. But this project became the 90-minute documentary feature “Jeronimo”.

It was seen by over 20,000 people in Korea upon its theatrical release and selected at 17 film festivals around the world. 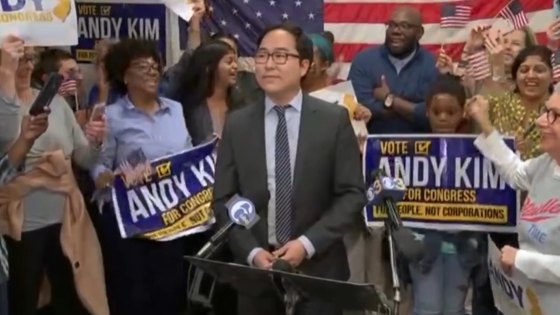 Before arriving in Korea for the Seoul premiere of “Chosen” in late October, Juhn was on the road across America attending 45 screenings at 30 different college campuses.

“It was quite an exciting race,” said Juhn.

Some responses he received during his tour included Koreans who said they felt like they were seen through “Chosen” and also, many non-Koreans who said they didn’t. never thought about the Los Angeles riots from the perspective of Koreans and that the movie was new. and refreshing.

“I found these comments to be a validation of our commonalities, that yes we can see the world differently, but once we recognize each other as a human being, that’s a stronger attraction than any differences,” Juhn said.

These direct encounters with his audience are also what motivates Juhn as a filmmaker and storyteller of diasporic stories.

“As I travel to different communities and have very honest and vulnerable interactions with audiences, I’ve come to realize the value of this type of storytelling, and I find great joy in it.”