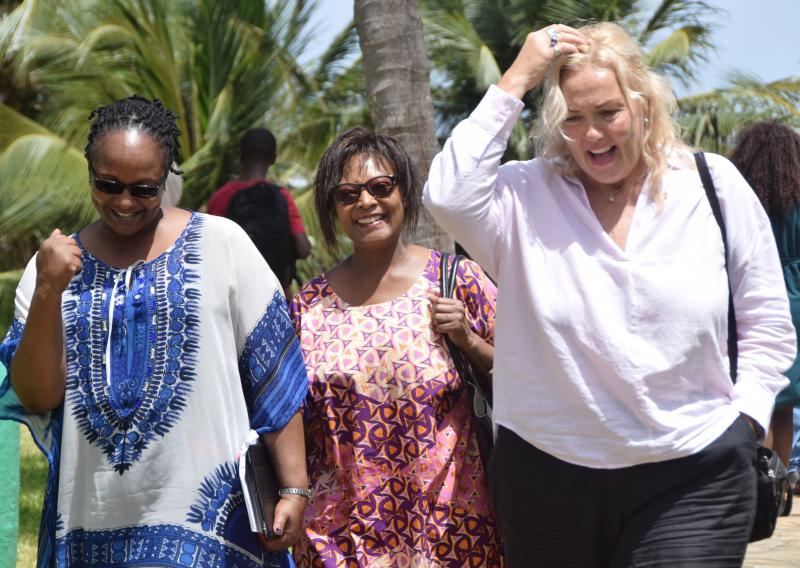 Delegates arrive in Mombasa for the Skal International Congress

MOMBASA, KENYA: Everything is in place as the port city of Mombasa prepares to host the 79th edition of the Skal International Congress at the Pride Inn, Mombasa North.

The event called Congress on the Beach will end on October 21, 2018.

Dozens of local and international delegates have started arriving for the Congress which is being held for the first time on African soil. The annual Skal congress is one of the world’s largest congregations of tourism stakeholders.

According to the President of the Local Organizing Committee (LOC), Mr. Mehboob Harunani, a meeting party will be held for the more than 500 Skal delegates at the Fort Jesus Historical Museum, Mombasa later in the evening with the Secretary of the Tourism Cabinet. and wildlife, Najib Balala and Mombasa County Governor Ali Hassan Joho present.

“We have organized what is billed as an unforgettable evening of welcome event that promises to unveil the true treat of Kenyan hospitality for all of our visitors,” said Harunani.

Already in the hotels designated for the congress where the delegates will stay, the hotel managers have signaled that they are ready to welcome the Skal guests who are experts in tourism.

At the Sarova Whitesands Hotel, we have undertaken a routine room upgrade and can confidently say that all of our 340 rooms have been beautifully renovated. We will be having a special Skal dinner by the beach and everything is under way, ”Sathe said.

“We have a number of people who are arriving a bit early and have taken the time before the congress to sample our beautiful scenery and go on wildlife safaris,” he said.

Ms Beverly Stafford, a delegate from the island nation of Vanuatu who checked into the Pride Inn Paradise hotel on Monday, expressed enthusiasm for setting foot on African soil for the first time.

“This is a momentous opportunity for me to travel to Mombasa from my home country of Vanuatu where I flew for 30 hours to be in time for this convention,” said Beverly, a professional tourism consultant. .

Meanwhile, the confirmation by more than 40 countries to participate in this year’s 79th World Skal Congress has been called great recognition for the coastal destination.

The Kenya Tourism Federation (KTF), the largest organization that brings together all of the country’s tourism lobby groups, said hosting the event would give much needed international publicity and exposure to the Mombasa destination. .