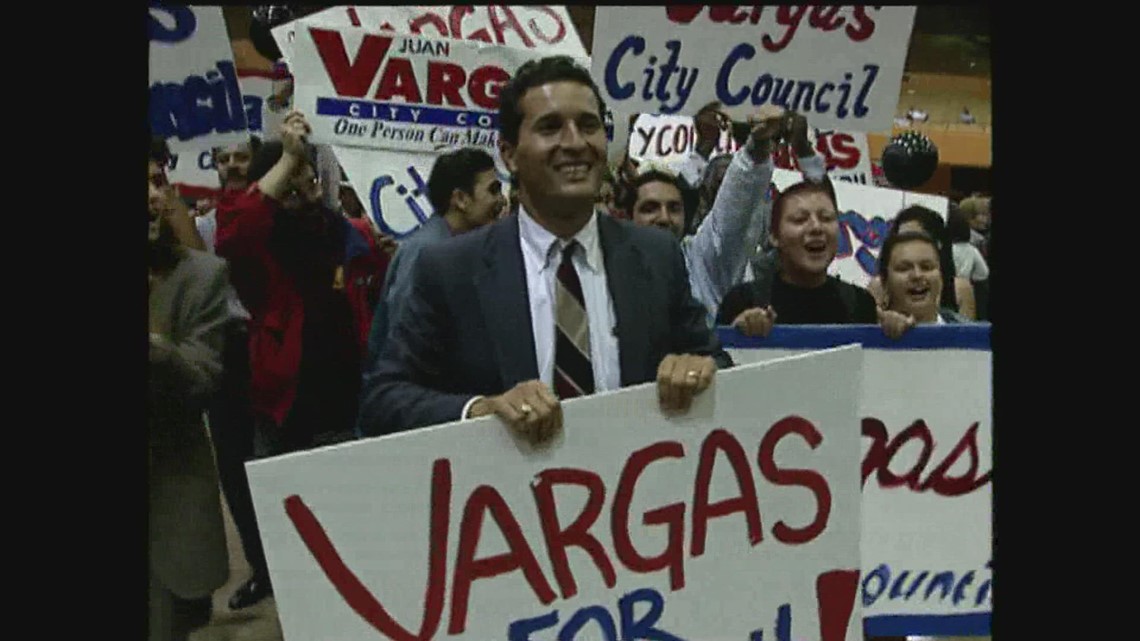 The congressman sits down for an in-depth interview with CBS 8’s Carlo Cecchetto.

NATIONAL CITY, Calif. — Growing up in National City, with parents who came to the United States through the Bracero program, attending Harvard Law School, and deciding to enter politics, Congressman Juan Vargas knows San Diego County like few people do.

To celebrate Hispanic Heritage Month, CBS 8’s Carlo Cecchetto sat down with the former San Diego City Councilman turned US Congressman to discuss his childhood in San Diego and the importance of his Hispanic heritage. .

During the interview, Vargas discussed the changes Hispanics have witnessed since his youth and the rise of Hispanic politicians in San Diego County since he entered politics.

“When I was first elected, I was elected basically when it comes to Spanish speakers,” Vargas said. “People would always ask me to go on TV to speak Spanish because I was the only one who spoke Spanish. When it was something related to Latino heritage month or whatever. That was me because ‘there was no one else. That changed drastically.”

Vargas says National City was just a tight-knit semi-rural community when he was young. “I grew up speaking Spanish. In San Diego, my first language was Spanish. Even though I was born and raised here in our little enclave, everyone spoke Spanish.”

Vargas is one of ten children. Her father came to the United States from Mexico under the Bracero program and worked on a chicken farm. His father, says Vargas, taught him the importance of a good education.

Vargas did just that.

Shortly after, he decided to go into politics.

He was elected to the San Diego City Council in 1993, the only Latino on the council at the time. Being in the minority forced him to go out and prove to others that he and other minorities were more than capable of doing their jobs.

“There were times growing up where I felt like I had to prove that I had to work a little harder. I had questions about my abilities because I was a Latino.”

But those questions soon disappeared. Vargas was elected to the State Assembly in 2000, then to the State Senate in 2010, and then to Congress representing the 51st district in 2013.

Vargas is proud of his record and his representation.

“I’ve never done anything that I’m ashamed of, on the contrary. I think I behaved well and behaved in an appropriate way. The community is here in San Diego.

For Vargas, Hispanic Heritage Month is a time to appreciate the progress he’s made since his humble beginnings in National City.

“I think the most important thing, at least to me, about Hispanic Heritage Month is that you can be proud of who you are as a Latino. Growing up like me, you know, people insult you and a lot of other things that were very negative. They don’t do that anymore. You know, people are respectful, because they’re proud of diversity. And that’s what I would say to them. I mean , I think we’ve come a long way, in this I think we’ve come a long way in this country to accept people for who they are and I think that’s a fabulous thing.

As for special memories of Hispanic Heritage Month as a child, Vargas says it’s great to see how many Hispanics and other minorities have come to San Diego and how the region celebrates diversity. .

“That’s one of the things I love about San Diego. We really try. I mean, we try to fit everybody into our community. We try to get along. I think so. I think that we have a very rich culture, not just Latinos but Irish, Italians, African Americans and Asians, I think that makes it a wonderful community.

Congressional committee asks DoJ for legal assessment of CBDCs in US – 24/7 Wall St.