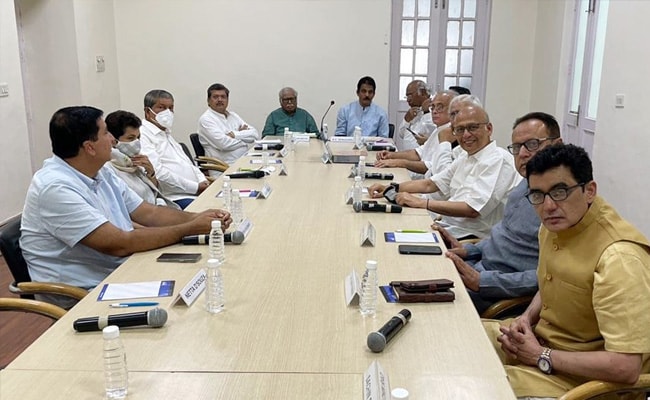 “We will continue to follow the old practice,” KC Venugopal said. (Case)

The All India Congress Committee (AICC) on Wednesday rejected a section of party leaders demanding that the voter lists for the Congress presidential elections be made public, saying it was an ‘internal procedure’ and that any member can get his copy from any of the offices of the Pradesh Congress Committee.

The General Secretary (Organization) of the All India Congress Committee, KC Venugopal, who was in Kerala to review arrangements for the Bharat Jodo Yatra led by Rahul Gandhi next week, said any member of the party can check the copy of the electoral lists to one of the Offices of the CCP.

“This is an internal procedure and it is not supposed to be published for all public view,” KC Venugopal told reporters in Alappuzha, while answering a question.

Speaking to PTI, the senior leader said that Madhusudan Mistry, who is the Chairman of the Congress Central Election Authority, has already made a statement to the media in this regard.

“There is no such practice in Congress. We will continue to follow the old practice,” KC Venugopal said.

His statement comes as voices seeking fairness in the upcoming polls to elect the new Congress speaker grew louder on Wednesday, with party leaders Manish Tewari, Shashi Tharoor and Karti Chidambaram demanding that voter lists be made public for ensure the transparency of the process.

(Except for the title, this story has not been edited by NDTV staff and is published from a syndicated feed.)