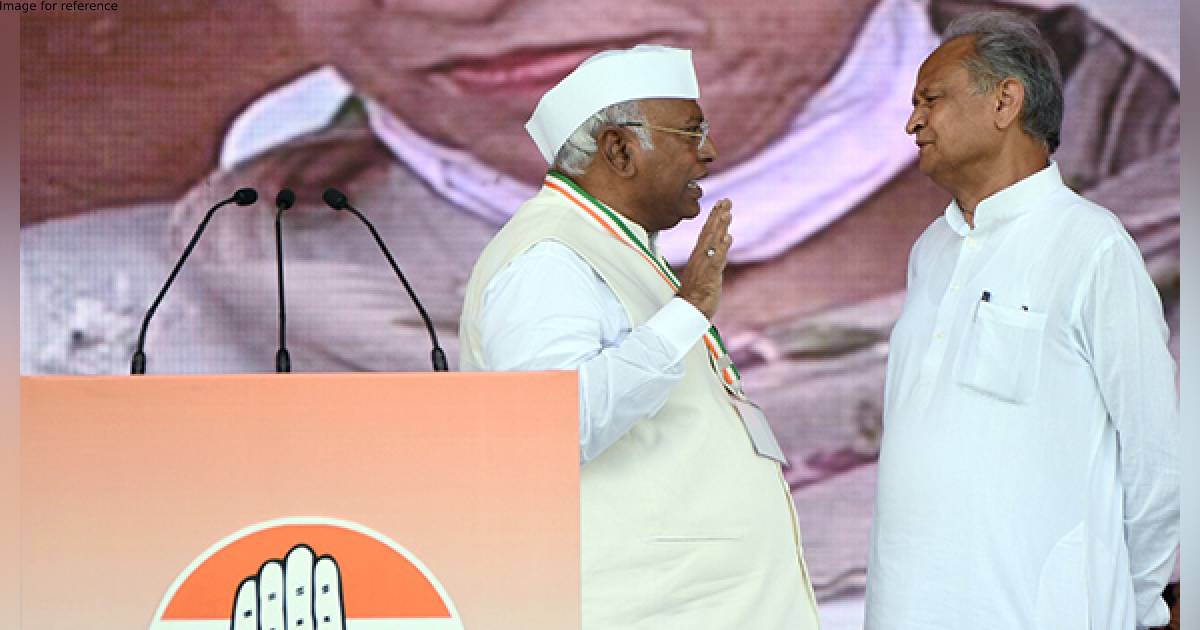 
Jaipur: With the political crisis in Rajasthan deepening over the appointment of Ashok Gehlot’s successor, members of the Congress working committee have called on Sonia Gandhi to remove the state’s chief minister from the race for the post. party leader and select another candidate for the top job, sources said on Monday.
Angered by recent political developments in the crisis state and the conduct of MPs from the Gehlot camp, CWC members lodged a complaint against him with the party leader and said, “It would not be good to trust him. and give him the responsibility of the party. The senior leadership of the party should reconsider his candidacy.” Members urged Sonia Gandhi to nominate another such person who is a senior leader and also loyal to the Gandhi family.
Sonia Gandhi, at the request of Ashok Gehlot, learned of the fact that the deputies of her camp did not meet the two observers – Mallikarjun Kharge and Ajay Maken – sent to Jaipur by the party leadership.
Notably, the deputies from the Gehlot camp had not attended the meeting of the Congress Legislative Party (CLP).
Given the circumstances, other party leaders like Digvijaya Singh and Mukul Wasnik are a few names that emerge on the list of likely candidates.
Shashi Tharoor, who is also in the running for the party’s top job, will file the nominations on September 30.
A legislative party meeting was scheduled for Sunday evening at the residence of Chief Minister Ashok Gehlot in the presence of the observers, which was attended by Pilot Sachin and his camp deputies, however, Gehlot loyalists had held a meeting with the Cabinet Minister Shanti Dhariwal at her residence, after which more than 90 MPs tendered their resignations to President CP Joshi.
Pilot, is seen as the successor to Chief Minister Ashok Gehlot, who is set to stand in the election for Congress President scheduled for October 17. The Deputy Chief Minister of Rajasthan hosted a second round of meetings with AICC observers last night.
According to sources close to Gehlot, “what the deputies did was wrong. Lawmakers should have come to the legislature party meeting in front of observers sent by Sonia Gandhi. Gehlot also wanted all deputies to appear before the observers in the legislature party.
The sources further said that the party leadership wants MPs to voice their opinion at the meeting and that the final decision rests with Sonia Gandhi.
“It was Congress tradition which was followed in the Rajasthan Congress but despite all the efforts of Gehlot, the MPs felt that the decision was going to be in favor of Sachin Pilot, their anger flared up because they did not want not hand over the reins of government at any cost to the person who betrayed the BJP and tried to bring down the Congress government at the same time,” the sources said.
Gehlot loyalists want someone from their own side chosen as the next chief minister, instead of Pilot, who they say rebelled against his own party in 2020.
The two Rajasthan Congress party monitors – Mallikarjun Kharge and Ajay Maken – will arrive in Delhi on Monday to submit their report to the senior leadership on the political crisis, which has engulfed the state following mass resignations of party MPs .
With vexed party MPs unwilling to meet with the observers, sources said the next step would be decided by the All India Congress Committee (AICC) observers after discussion with the party’s high command. (ANI)