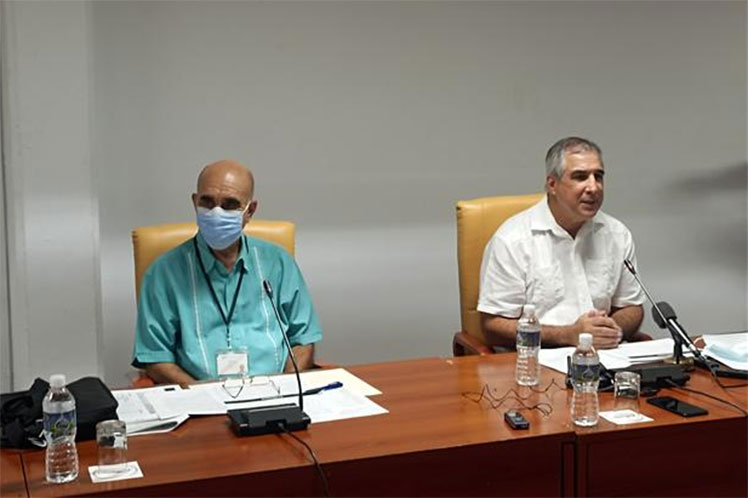 During a press conference, the director of the Cuban Biotechnology and Pharmaceutical Industry Group (BioCubaFarma), Eduardo Martinez, explained that the event, which will be held in person and virtually, will feature 118 foreign speakers who will discuss innovation management and global health. .

For his part, Rolando Perez, director of science and innovation of this entity and head of the scientific committee of the event, pointed out that one of the largest delegations will be that of the United States, followed by Mexico.

He told Prensa Latina that there will be a wide representation, not only of scientific personalities, but also of companies from the biotechnology and pharmaceutical sector from countries such as Brazil, Chile, Colombia, Panama, Venezuela, El Salvador, Peru, Paraguay, Argentina and others.

“BioCubafarma’s market par excellence is Latin America, due to our culture and geographic position, and although other regions such as Asia have also made up a significant portion of our exports, the Latin America and the Caribbean continues to be the most relevant.

For this reason, the trading partners of these nations will come to discuss, among other things, their countries’ experiences with Cuban products, he said.

This also means that the signing of new trade agreements is expected and the strengthening of scientific relations given the potential of several of these territories of the continent in the field of medicine and biotechnology.

Perez said BioHabana 2022 will also feature speeches by two Nobel Prize winners, American immunologist James P. Allison, who received the Medicine Prize in 2018 for his discoveries in new treatments for the deadliest types of cancer. in humans and research focused on the mechanisms of T cell development and activation, as well as advances in novel tumor immunotherapy strategies.