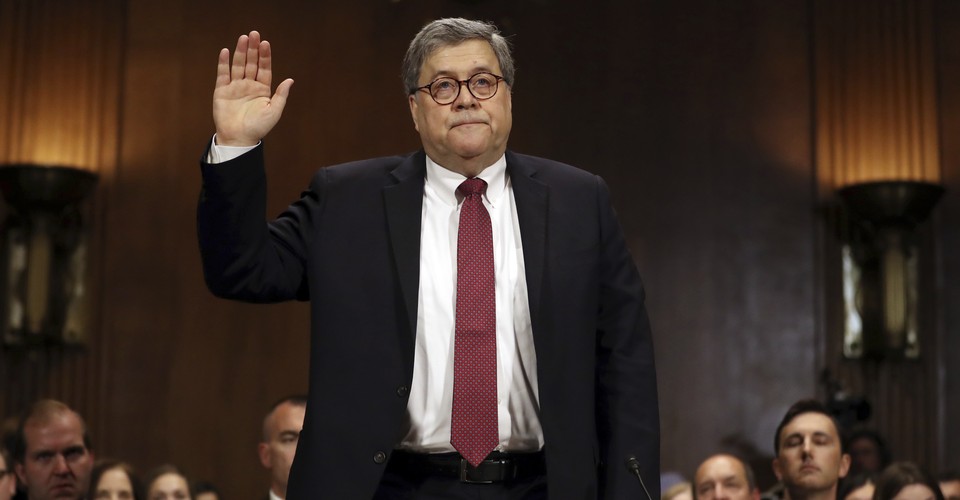 What we are tracking today

+ Republicans pointed out that Special Advisor Robert Mueller’s investigation found no collusion between Donald Trump’s campaign and Russia, and asked about the origins of the Russia investigation, which Barr has stated that he was actively considering.

+ Democrats on the committee asked Barr about the letter than Mueller wrote in Barr on March 27, claiming that the attorney general’s memo “did not fully capture the context, nature and substance” of Mueller’s final submissions.

“The letter is a little petty, and I think it was probably written by one of his employees,” Barr told Senator Richard Blumenthal when asked about it.

+ Calls for the resignation of the Attorney General have increased over the past 24 hours. Barr, who was once attorney general and spent decades carefully carving out a reputation as a respected Republican lawyer, risks ruining that reputation. Why did he want the job in the first place? “Perhaps he believed the president was being unfairly shaken and needed someone who could help him while remaining, on his own terms, independent,” writes Russell Berman. “Perhaps, as his detractors claim, he had no intention of being independent at all.”

Here’s what else we’re looking at today:

Do you remember Roger Stone? : The veteran GOP agent and longtime confidant of Donald Trump made his first major appearance since the Mueller Report was released at a hearing in Washington, DC on Tuesday. His hearing, though uncrowded, was a reminder that while Mueller’s final conclusions have been drawn, the investigation still has a myriad of unfinished questions.

Chaos in Venezuela: On Tuesday morning, the Trump administration estimated that with the help of the United States and other allies, Venezuelan opposition leader Juan Guaidó had finally ousted President Nicolás Maduro from power. But then, Uri Friedman reports, it all fell apart. What didn’t go well?

Sanctions game: The United States is stepping up the pressure in its “maximum pressure” campaign against Iran. Here are five things to know about what’s going on.

Watch 2020: Pete Buttigieg has been busy traveling the country to make a name for himself in the 2020 presidential race. But Mayor Pete also has responsibilities at his home in South Bend, Indiana, and he often does his job as mayor remotely. , reports Edward-Isaac Dovere.

Hatred pervades everyday life (Franklin Foer)
“Anxiety is the mind’s alert system, a mechanism that protects against the possibility of terrible things happening again. Anxiety can linger in physical spaces long after the threat is gone, perhaps never really to subside. What makes this fact so bitter is that these limits were designed for contemplation and vulnerability, and they now carry an association with evil. The mental toll of an era – of a presidency incapable of arousing the opprobrium of the neo-Nazis – has been woven into everyday life. »→ Read on.

The Amazon-owned doorbell company that sells fear (Joshua Benton)
“It’s true: a doorbell company wants to report crime news. It already is, in fact. Several people on LinkedIn describe their work as “editors” at Ring. Hope a really thoughtful person gets this job, but I’m going to take a risk and say it’s a really bad idea. → Read on.

Barr misled the public and it worked (David A. Graham)
“By the time someone outside of the Justice Department saw the Mueller report, he had already been exposed to Barr’s deceptive letter and press conference. By Mueller’s calculations, he had allowed incorrect interpretations of the report’s findings to circulate in public for two weeks. »→ Read on.

What else we read

?? DHS to launch DNA tests to establish family relationships at the border (Priscilla Alvarez and Geneva Sands, CNN)
?? How taxpayers covered up an alcohol bill for Trump (Derek Kravitz, ProPublica)
?? On tour with Candace Owens and Charlie Kirk, where the victory never ends (Anne Helen Petersen, BuzzFeed News)
?? They are haunted by “ghost warrants” years after their arrests (Eli Hager, The Marshall Project)

We are always looking for ways to improve The political and political daily. Comments, questions, typos, grievances and moans related to our puns? Let us know anytime here.

Have you received this newsletter? Sign up for our daily political email here. We have many other free email newsletters on a variety of other topics. Find the full list here.

Biolab participates in the 8th International Congress of Fertility and Genetics