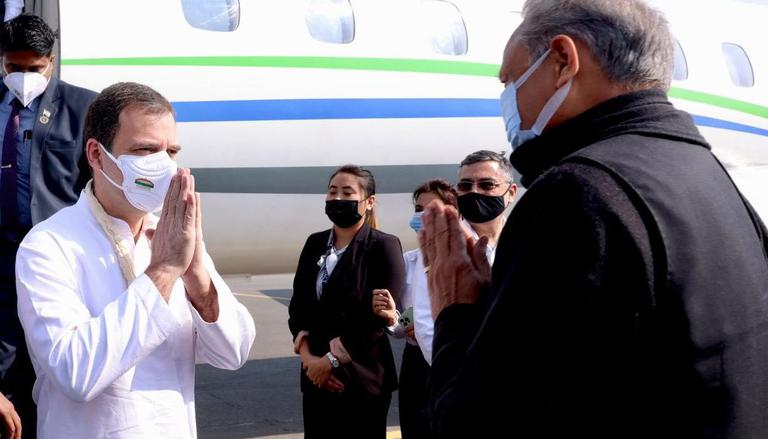 Rajasthan CM Ashok Gehlot on Monday mocked former Congress leader Rahul Gandhi’s remark that senior party leaders are sinking into depression in the battle against the BJP. Speaking to the media, Gehlot said there was no way he was depressed as he was basing his attacks on the truth. Saying he is doing politics with confidence, the senior congressional official said in a lighter tone that his political opponents might be depressed over his harsh criticism.

Ashok Gehlot remarked, “I fight hard. I speak frankly based on the truth. I continue to attack if this is the situation in the country, why the violence is happening and who is responsible. Maybe the people I attack could go There is no question that I sink into depression because I play politics with confidence.

Speaking at the end of the Chintan Shivir a day earlier, Rahul Gandhi argued: “I am not afraid. I have not taken a single paisa from Bharat Mata and I am not afraid to speak the truth I want to say to every Congress worker that this is our collective struggle. We are all involved in this. Me, all our top leaders, Congress President, we will all defeat the BJP and RSS organization and ideology. “Sometimes our top leaders and party workers sink into depression. This is a normal thing. This battle is not easy. Don’t think this battle is easy. No regional party can fight this battle because it is a battle of ideology.

#LOOK | I speak frankly, based on the truth. I keep attacking. It could be that those I attack may sink into depression, not me…because I do politics with confidence: Rajasthan CM Ashok Gehlot on Rahul Gandhi’s remark about “senior party leaders, workers sink into depression” pic.twitter.com/FBohvUgdrt

At the end of the three-day brainstorming session, Congresswoman Sonia Gandhi made some specific announcements. To start with, she revealed that the second phase of the Jan Jagran Abhiyan will start on June 15 to shed light on the economic issues such as growing unemployment and intolerable rise in prices. Separately, she said that a Kanyakumari in Kashmir Bharat Jodo Yatra will be launched on October 2, namely Gandhi Jayanti to strengthen the bonds of social harmony and preserve the core values ​​of the Constitution.

The MP for Rae Bareli also mentioned that a compact task force will be set up in the next two or three days to drive the process of internal reforms with a focus on the 2024 Lok Sabha elections. This will cover all aspects of the organization, including structure, rules for party appointments, communications and publicity, outreach, finances and election management. In a damper for the G23, Gandhi disclosed that she would chair regular meetings of a small CWC group and seek their input.