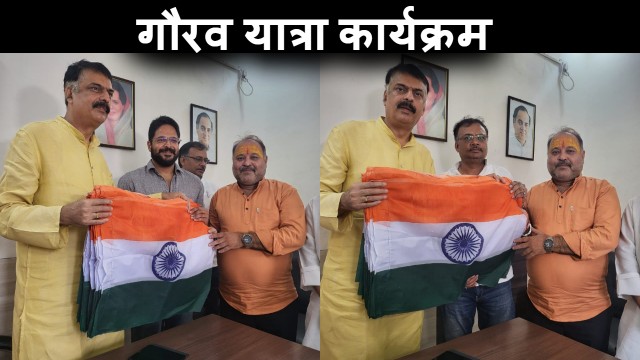 All preparations for 75 Km Gaurav Yatra completed by Congress Committee, will start from tomorrow SEXI News

All preparations for 75 Km Gaurav Yatra completed by the Congress Committee, will start from tomorrow

JHARKHAND: On the auspicious occasion of the 75th anniversary of the country’s independence, from August 09 to August 14, all preparations for 75 km Gaurav Yatra have been completed by the District Congress Committee in all districts of the state. All district leaders have made all the preparations including the roadmap for the padyatra to be held in their districts. In this regard, instructions have also been issued to all District Coordinators to visit their parent district by the State Chairman Rajesh Thakur.

State Congressional Committee spokesman Rakesh Sinha said the tricolor was presented to district coordinators by the state chairman in this episode. District coordinators carrying the tricolor will distribute it to members of the District Congress during the Gaurav Yatra program in their district. He said that today the condition of the country is such that the country is divided in the name of language, color, nationalism. But Congress will work as a vigilant watchdog to save the country’s democracy.

Report by Gauri Rani from Jharkhand